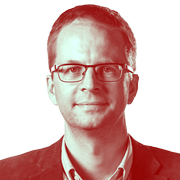 Markus Häfliger is the Tages-Anzeiger's parliamentary correspondent. He studied International Relations in Geneva. Häfliger was voted Swiss Journalist of the Year in 2015.

Neutral Switzerland has taken a clear position with its unprecedented sanctions against Russia. This has far-reaching consequences for its policy towards China and Europe. An analysis.

When a United States president talks about Switzerland in the middle of a war in Ukraine, then something extraordinary must have happened. “Even Switzerland are inflicting pain on Russia and supporting the people of Ukraine,” Joe Biden told Congress on March 1.

The New York Times even responded with “breaking news” on the Swiss government’s decision to join the sanctions against Russia. Switzerland is “setting aside a deeply rooted tradition of neutrality,” the paper said. The state-owned broadcaster Russia Today spoke of a “significant break” with neutrality. In Switzerland, the rightwing Swiss People’s Party made a similar statement.

And it’s true -- Switzerland has reached a watershed moment in its foreign policy. But where does this step lead? Does it mean an end to Swiss neutrality? Here is an attempt to clarify this in seven points.

The comments from The New York Times, Russia Today and the Swiss People’s Party are misleading: even after the government’s decision, Switzerland remains militarily neutral. International law lays down only a few duties for a neutral state. It cannot support any party with soldiers or arms. It cannot make its territory available to a warring party. And it cannot join any military alliance. All that remains the case.

The Swiss position therefore differs markedly from that of Sweden, which is (so far) also neutral. But now Sweden is even sending weapons to Ukraine and flirting with the idea of joining NATO. Neither is an option for Switzerland at present.

Neutrality is not damaged by the government’s decision. It does however affect neutrality in a broader sense. The principle behind this:  a state which wants to remain neutral in war generally behaves in such a way that people get why it’s neutral in an emergency. And, politically, Switzerland wants to behave in a way that allows it to act as a mediator in conflicts.

But what Switzerland may or may not do in terms of its neutrality policy is not carved into the Matterhorn. It always depends on the international environment – and on the particular individual case. Basically, neutrality does not stop Switzerland from robustly representing its values in the world. And taking part in economic sanctions is not prohibited either.

For the last 200 years, the interpretation of neutrality has constantly changed – before 1990, Switzerland didn’t even apply United Nations sanctions. The Russia case is therefore not a break with previous policy. But it is an unprecedented escalation.

3. Neutrality is not a maxim of state

The national constitution doesn’t mention neutrality as the state’s purpose or in its foreign policy goals, but only as a political instrument. Goals such as observing human rights, promoting democracy and the peaceful coexistence of peoples are given much more weight. If neutrality clashes with these values, then Switzerland has to weigh up its priorities.

4. Not imposing sanctions would be a breach of neutrality

In many wars, it is not very clear who is the perpetrator and who the victim. In the Ukraine war, however, it is legally unambiguous: Russia is the aggressor, Ukraine is the victim. Vladimir Putin has violated countless articles of the United Nations charter, while Ukraine is only exercising its right to self-defence. Anyone who doesn’t take a stance in such a case is an accomplice of the perpetrator.

5. The government had no alternative

International pressure was mounting. If Switzerland had not agreed to impose sanctions, it might itself have been subject to sanctions by the US and European Union. It is possible that such a decision would have made any kind of mediation role for Switzerland in Ukraine impossible. That would have been extremely regrettable collateral damage.

6. This is a precedent

No matter how few alternatives to this decision the government had, it could be a watershed - because Switzerland has effectively aligned itself with the western coalition of EU and NATO states. That is a precedent for further, similar catastrophes threatening the world. It is to be feared that China will at some point try to annex the island republic of Taiwan. Following the logic of the Russia example, Switzerland would then have to impose sanctions on China.

7. An agreement with the EU is becoming ever more urgent

For Switzerland, there is a danger that the world will consolidate into hostile political and economic blocs as a result of the war in Ukraine. That would mean that Europe’s importance for the Swiss economy would grow. It is therefore all the more important that the government and parliament work to stabilise relations with the EU quickly. An agreement with the EU on institutional questions has become much more urgent after Putin’s invasion

This article first appeared in the Tages-Anzeiger on March 2, 2022External link, and has been republished here with kind permission.

Translated from German by Catherine Hickley