The Swiss government has undoubtedly made the right decision in adopting EU sanctions against Russia, albeit with some hesitation. The Swiss authorities must now ensure this decision has a real impact when it is enforced. 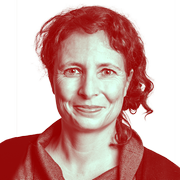 Angela Mattli is Joint Managing Director of the Swiss anti-corruption NGO Public Eye with specialist expertise in the commodities, trade and finance sectors.

Given the suffering inflicted on Ukraine by the Russian war of aggression and the considerable leverage the Swiss financial and commodity trading centres have over the Kremlin’s war chest, anything else would be fatal – not only for Ukrainians, but also for Switzerland’s reputation.

However, significant problems remain in implementing these sanctions in Switzerland. What’s more, the real test is yet to come – in the shape of oil embargoes.

Contrary to common belief, adopting sanctions is nothing new for Switzerland. Since 2000, the government has implemented such EU measures nine times. The procedures are therefore well established, and the required expertise and resources must exist. However, the scope and importance of the latest measures against the Kremlin are unprecedented. And Switzerland’s financial and economic ties with Russia are so close that the pain is also being felt here.

On the plus side, Switzerland has frozen CHF6.3 billion ($6.25 billion). Most of that money is probably held in bank accounts as international pressure has forced most banks into meeting their reporting obligations.

This content was published on May 18, 2022 May 18, 2022 Untangling the main areas of contention surrounding Swiss efforts to track down and freeze the assets of sanctioned Russians.

But set against the CHF200 billion of Russian assets which the Swiss Bankers Association says are held in Swiss accounts (which may be a conservative estimate), the current blocked funds are little more than the tip of the iceberg. Research by Public Eye has revealed that some 30 oligarchs with connections to Switzerland are alone worth around CHF300 billion.

On the downside, legal loopholes and a lack of transparency make it very difficult to implement sanctions in Switzerland. Banks have a duty to verify the origin of funds, but the task of identifying the true owners of other assets is just fumbling in the dark. Real estate, stocks or yachts can be held on behalf of sanctioned people by shell companies or fronts.

This content was published on May 18, 2022 May 18, 2022 Unfounded speculation about the volume of assets under management has led to rapid but incorrect conclusions being drawn.

The controversial question of whether sanctions law also applies to lawyers creates additional grey areas. It is so far unknown how many reports have been submitted by lawyers acting as financial intermediaries (which the State Secretariat for Economic Affairs (SECO) says they are obliged to do). Most importantly, Switzerland lacks a specialist taskforce to actively track down the assets of sanctioned individuals; neither is there any effective international cooperation.

The government has so far shied away from joining international coordinating bodies, such as the “REPO Task Force” formed by the EU and G7 countries. Furthermore, the Swiss agencies tasked with enforcing sanctions appear not to have the necessary resources and skills to manage this complex search effectively.

Switzerland has a moral obligation to impose sanctions against Russia owing to the grievous violations of international law being carried out in Ukraine. As guardian of the Geneva Conventions, Switzerland cannot stand on the sidelines. This was recognised by the Foreign Affairs Committee of the House of Representatives, which at the beginning of May asked the government to impose targeted sanctions on its own initiative in future if individuals or states violate international humanitarian law.

Recent research by Public Eye confirmed that the same networks and strategies used to launder and hide funds are also employed to evade sanctions. Switzerland is already in the international dock for this: there is a risk of similar reputational damage as the Second World War dormant assets scandal or the tax evasion row that led to the relaxation of banking secrecy. We can already glimpse the first harbingers of this next storm.

This content was published on Mar 2, 2022 Mar 2, 2022 After Switzerland joined EU sanctions targeting Russia, its commodities trading sector is having to face up to new economic realities.

The sanctions against Russia have also thrust the Swiss business model into the spotlight. It’s high time to finally plug the long-existing gaps in the money-laundering defences and impose greater transparency on commodities trading.

Specifically, the government should introduce a public register of the “beneficial owners” (i.e. the true owners) of companies. The EU has required member states to introduce such registers since 2018, and the Financial Action Task Force (FATF) – an international body to combat money laundering and terrorist financing – revised its corresponding Recommendation 24 in March 2022.

Also, parliament must amend the Anti-Money Laundering Act to impose due diligence obligations for advisors – and explicitly for lawyers – who carry out activities such as establishing and administrating letterbox companies.

As the world’s largest trading centre for Russian oil, gas and grain, Switzerland also needs a supervisory authority to oversee this high-risk sector. This would create transparency about the real owners of opaque raw materials companies and ensure that traded raw materials do not originate from conflict zones or countries subject to international sanctions.

Swiss-based traders should also be forced to act responsibly and carry out appropriate due diligence to ensure that their activities respect human rights and environmental standards.

And finally, the question of what to do with the frozen funds of sanctioned people. The left-wing Social Democratic Party has already demanded that these assets be confiscated and handed over to Ukraine to fund the country’s reconstruction. Centre-right voices also support this initiative. In the United States President Joe Biden’s government has already submitted a similar legislative proposal to Congress. Of course, there are important legal and political questions at stake, but the destruction in Ukraine compels us to address them urgently.

It is clear that Switzerland must now make decisions that hurt. Real progress must finally be made in the immediate context of war but also with regard to combating financial opacity and money laundering. As a host country for oligarchs close to the Kremlin and a hub for trading Russian oil, gas and grain, Switzerland bears a special political responsibility which it must not be allowed to evade.