Landlocked Switzerland is an important shipping centre and therefore a significant maritime power. A new book explains how this came about and why the industry needs to be better regulated. 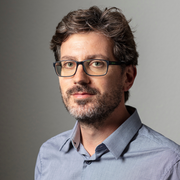 Where does Switzerland stand? Where is it heading? Its developments are my focus.

More than 90% of all goods are transported by sea and over 1.6 million sailors work on more than 90,000 ships worldwide. Switzerland plays an important role in this: as a hub for the flow of global goods and as an important centre for internationally active shipping companies.

Mark Pieth and Kathrin Betz, two legal academics, describe in their new book Switzerland as a maritime nation. From tiny flag state to shipping giant (Seefahrtsnation Schweiz. Vom Flaggenzwerg zum ReedereiriesenExternal link in German) how a country with no access to the sea and no maritime tradition came to be in this position. And what risks it entails for Switzerland.

SWI swissinfo.ch: In your book, you write that Switzerland is a shipping giant. How does a landlocked country acquire maritime status?

Mark Pieth: Switzerland has only a handful of ships that sail under its flag. It is a vestige of the two world wars, when it meant emergency aid could be delivered. In general, however, the country plays a much bigger role in shipping than is widely assumed. What do we mean by a shipping giant? We are referring primarily to companies which are domiciled in Switzerland. Mostly in the cantons of Geneva or Zug, but also a few in Ticino.

These companies are mostly ship operators: they charter the ships but manage them from Switzerland. Depending on how you count, this quickly adds up to hundreds if not thousands of ships that are operated from Switzerland. According to the government, Switzerland is the fourth biggest ship operator in Europe – ahead of the Netherlands and Norway, and just as important as Britain, which is the epitome of a maritime nation. Officially we rank tenth in the world.

Some claim that this could even be an underestimation. Because if we also count commodities traders which have their own shipping operations – Gunvor, for example – then it adds up to between 2,000 and 2,600 ships, which would make Switzerland number two in the world.

In itself, that is neither good nor bad. But such huge exposure carries risks. And we think that Swiss regulators are quite blind to those.

SWI: What are the problematic aspects of international shipping?

M.P.: There are major deficits when it comes to labour law, and these are only being tackled very slowly on an international level. Deep-sea fishing, where terrible labour conditions predominate, is particularly problematic. Environmental issues are also very topical, including the improper scrapping of decommissioned ships. We also shouldn’t forget that shipping is, as it always has been, risky – there are accidents on a regular basis.

That was why we wrote the book. We are not sailors but we are experts in regulation. And we can see that there is insufficient regulation in a number of areas, or that existing rules are not enforced. If a ship exits the 12-mile-zone – the territorial waters of a coastal state – then it enters international waters and anything goes.

Switzerland's irresponsible reign on the sea

SWI: In your book you describe the cluster theory which has led to Switzerland’s leading position. Can you explain this a little?

M.P.: By cluster, we mean related industry sectors that are necessary to become a strong shipping centre. Commodity trading, for example, where Switzerland is a global leader. And the traditionally strong financial sector, particularly specialist commodity financing, where Switzerland also plays a very important role.

And then there are aspects which are less well-known. For example, the certification companies like Société Générale de Surveillance (SGS), as well as insurance and re-insurance institutions. It is also no coincidence that Switzerland has long been a very important centre for logistics, with companies such as Kühne + Nagel and Danzas. On top of that there are law firms, trusts, audit companies, tax advisors and brokers of every description who have experience on the international scene.

SWI: One gets the impression that this industry is very opaque, even secretive. Is this a false impression?

Kathrin Betz: As far as ownership goes, it’s very opaque. The ships do have a registered owner, who is listed in a public register. But this is often an offshore company, a one-ship company that only owns that one ship. You don’t know who the ultimate economic beneficiary of the company is.

There is a database which is supposed to reveal the true ownership. We requested this information for a particular ship, but the ownership was described as “unknown.” That vessel, incidentally, was the ship that transported the highly explosive ammonium nitrate to Beirut which exploded in 2020 and destroyed the port area killing more than 200 people.

SWI: Why is it so opaque?

M.P.: There is a range of theories. The most banal is that people who are trying to evade taxes invest in ships. Or it’s a simple question of money-laundering. Or the owners want to protect themselves from liability – in the case of an accident, for example. There are examples of catastrophic shipwrecks that have led to severe environmental pollution where the real owners could never be uncovered. There are a variety of reasons and most of them are not particularly ethical. It is also astonishing how many tracks lead to Switzerland.

K.B.: There might also be a less problematic reason relating to financing. If a one-ship company is the owner of a ship, then the operator can lease the ship. Through leasing, the costs of a new ship can be stretched out over years. That doesn’t change the fact that one doesn’t necessarily know who is behind this company.

SWI: What should Switzerland do on the regulatory front?

M.P.: Switzerland is “playing dead” when it comes to the issue of regulation, unless it’s about ships that sail under the Swiss flag. Even then, there are often no thorough checks. In our book, we mention the example of Thorco Basilisk, which transported Serbian weapons that had been ordered for the war against Yemen to Saudi Arabia. The government said that this was not Switzerland’s business. But arms deliveries to conflict zones from Swiss territory in ships sailing under a Swiss flag are banned.

K.B.: In the river cruise business, where Switzerland is also a big player, the legal situation is even more complex because the usual flag principle does not apply. In terms of labour law, especially, there is a very complex network of applicable legal standards which can easily be exploited.

SWI: The practice of flags of convenience is controversial. Who profits from this?

M.P.: Definitely not the countries whose flags are flown. Most just make their flags available and receive royalties from the operating companies. Take Liberia for example: the whole business is operated from Virginia in the US. Licence fees are paid for the right to use the Liberian flag, while the country itself has no serious maritime authority. This is all very sensitive because as a consequence, so-called classification companies take on sovereign tasks that should be the preserve of states.

SWI: Switzerland wants to formulate a new national maritime strategy intended to “facilitate a comprehensive view of Swiss interests in the maritime area.” What do you expect from this?

M.P.: This stems in part from a fiasco over state guarantees for Swiss ships: Swiss shipping companies received financial protection based on what were in part spurious grounds. When the international shipping industry fell into crisis after the financial collapse of 2008, these companies went bankrupt too, and Swiss taxpayers had to foot the bill of hundreds of millions of francs.

This also relates to the so-called tonnage tax, which Switzerland, like many other countries, would like to introduce. The whole thing amounts to a crazy tax reduction. And you have to wonder – why, of all industries, this one? And finally it’s a question of whether the Swiss flag on ships is necessary at all.

K.B.: In many countries, especially in Europe, the tonnage tax disguises a desire to bring fleets back under the national flag. That would at least ensure that they are subject to European regulation. But a central problem in Switzerland that there is a general lack of understanding about shipping among politicians and in the administration. The sector can take advantage of this. But at least one effect is that shipping is up for public discussion.

SWI: The same is true of many internationally operating sectors. Is that the result of the state’s liberal economic model, which – combined with federal structures – leads to opacity in entire sectors?

M.P.: The people have no clue what goes on within Switzerland’s borders. We see that now in connection with the war in Ukraine: suddenly people are becoming aware that behind the quaint façade of Zug lurk dubious Russian oligarchs running their businesses. Now people are waking up.

Other problematic areas such as the commodity sector and finance have long been recognised as such. I think the authorities are too overwhelmed to regulate all this. If a need for regulation is expressed, it gets beaten down in parliament. The best example of this is sport, where nothing has happened since the FIFA debacle. Public naivety and heavy lobbying by different sectors create a worrying mix. The responsible business initiative, which was almost adopted, and the successful initiative for a broad ban on tobacco advertising are evidence of an increasingly critical public.

SWI: What impact will the war in Ukraine have on shipping in Switzerland?

M.P.: The question is how much further the sanctions against Russia will escalate because we still have some way to go. The end of the line would be when not just oligarchs, but also Russian companies face sanctions. Switzerland, which is home to many Russian companies, would have to go along with this. There are already consequences for the industry because it too has to respond to sanctions. We will see business shifting to Asian rivals. Competition will get tougher.

K.B.: The disguised ownership status are also a problem here of course. That could become problematic for the authorities.

Explainer: what can the Red Cross do and not do in Ukraine?

This content was published on Apr 6, 2022 Apr 6, 2022 The ICRC fears false information about its work is putting at risk its staff and those it seeks to help. Here is what to know.

M.P.: Although we should also say that states could find out a lot more if they wanted to. It is not impossible to determine ownership status via financial transactions. But there are huge interests involved in keeping anonymity intact.