The climate crisis threatens the planet. This calls for policies that transcend national boundaries and set aside short-term self-interest. Yet there is no sign of a coherent climate (foreign) policy in federal Bern, says Jürg Staudenmann, a climate and environment expert at Alliance Sud. 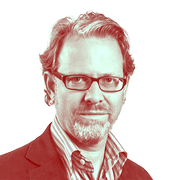 No one will seriously dispute that climate policy must be transnational in nature. But which department should be responsible for it? The Federal Department of the Environment, Transport, Energy and Communications (DETEC), which is responsible for the (revised) CO2 Act? The Department of Foreign Affairs (DFA) because the Paris Climate Agreement sets cross-border objectives and responsibilities? The Federal Department of Economic Affairs, Education and Research (EAER), as climate issues relate essentially to the economy and research? The Federal Department of Finance (FDF) would also be well positioned, considering that Switzerland’s financial centre would offer some powerful levers that could influence climate policy. It is obvious, however, that the accelerating climate crisis can only be tackled interdepartmentally, outside of traditional conceptual and policy patterns, and with a coordinated strategy. Yet so far there is no sign of any such thing in federal Switzerland.

One key problem of Swiss climate policy is the (deliberate?) arbitrary handling of national borders. Although it is common knowledge that greenhouse gases know no national boundaries, lawmakers still solely focus on domestic emissions in greenhouse gas accounting (see Infobox “Holistic climate accounting for businesses and countries” below). At the same time, the new CO2 Act foresees to “offset” domestic CO2 emissions in developing countries. And a lively debate is just emerging about possible technologies for capturing CO2 and “disposing” of it abroad. Suggestions range from pipelines to Nordic countries to large-scale reforestation in the global South. The key objective in it all seems to be to keep Switzerland’s climate policies as low-cost as possible, while at the same time – embodying the pragmatic consensus that elicits justifiably sharp criticism from the climate strike movement – neither question our climate-damaging standard of living nor take political responsibility for Switzerland’s considerable carbon footprint beyond its own borders.

The bulk of international climate finance is currently being sourced from the Federal Department of Foreign Affairs, and more specifically from the budget of the Swiss Agency for Development and Cooperation (SDC). This means that under the guise of “development cooperation”, ever more action is being taken to attenuate the impacts of climate change caused by the rich countries. This is increasingly at odds with the SDC’s core mission to fight poverty and inequality on the ground. Global climate protection is undoubtedly important and pressing, but it isn’t equal to poverty alleviation – and therefore cannot be the task of the SDC alone and funded primarily from the (stagnating) development aid budget. That is precisely the reason why the Paris Agreement demands “new an additional funding” for climate action in developing states, to be mobilized by the industrialised world.

SDC-funded industry research. Since 2013, SDC has ploughed CHF11.7 million ($12.7 million) into a research project being run by the private sector and the Swiss Federal Institute of Technology Lausanne (EPFL), which produces and tests low-carbon cement (LCC)External link in India, Cuba, Thailand, China and Brazil. Reducing CO2 emissions from clinker production by 10 to 30 per cent is unquestionably a good thing. Whether this is of any direct relief or other benefit to the poorest in those countries is questionable.

Rural development projects under the Federal Office for the Environment (FOEN). In July the FOEN proudly announced that 200,000 cook stoves were going to be distributed in Peru, in order to "reduce firewood consumption". The project spells progress for those Peruvian women and children who no longer must ruin their health in smoke-filled kitchens. It will be hard to gauge the extent to which this will protect forests and cut emissions. Yet Switzerland is determined to include a reduction of X tonnes of CO2 emissions for it in its national greenhouse gas inventory. Just as astounding is the fact that the SDC seems not involved in the project.

Switzerland’s climate policy is arbitrary and inconsistent as pertains to its aims and impacts beyond the country’s frontiers. From the approach through to funding and choice of instruments, different federal agencies promote their own programmes in a largely uncoordinated manner and with partly interchanged responsibilities. Besides private and political players[1], lawmakers too are contradictory and incoherent in their approach to formulating the new CO2 Act.[2]

A comprehensive, transnational and interdepartmental climate (foreign) policy is urgently needed. Switzerland must reveal its motives as well as the instruments with which it proposes to cut emissions and boost resilience worldwide; be it directly or through third parties (such as the Green Climate FundExternal link). On the basis of the precautionary as well as the "polluter pays" principles, roles and duties need to be clearly assigned in accordance with the areas of competence and the capabilities of the Confederation and the business sector, while taking academia and civil society on board.

The space left in the atmosphere for dumping more greenhouse gases is limited. The transnational industry standards laid out under the Greenhouse Gas (GHG) ProtocolExternal link could form the basis of comprehensive government greenhouse gas accounting consistent with the goals of the Paris Climate Agreement. This voluntary methodology on the basis of national accounts closes existing gaps in international climate reporting.

It records emissions in three scopes:

Applied to countries, this would mean that in addition to domestic emissions, the national greenhouse gas accounting would also have to include emissions generated through the production and transport of imported consumer goods and services abroad (often called grey emissions).

In addition to these “consumption-based” emissions, scope 3 would include greenhouse gases generated by multinational Swiss companies and their subsidiaries and subcontractors outside the national borders – be it for products and services consumed in the country or not. This specifically also encompasses emissions arising from investments made via Switzerland’s financial centre. It is worth noting that these are 22 times greater in volume than domestic emissions.

A national climate policy can only be responsible and globally equitable if it is based on the carbon footprint determined on the basis of scopes 2 and 3. Not all would be in the direct responsibility of a country, but only the whole picture can lead to informed political decisions. This plays a particularly important role in order to restrict the excessive but imprecise use of notions like “net zero” or “climate neutral”.

[1]  Under their new “Climate plan”, the Green Party propose high-tech procedures for extracting CO2 from the atmosphere and storing it permanently outside the country. From the standpoint of thermodynamics alone, this will always cost much more than the comparatively simple alternative of shifting away from fossil fuels.

[2] Article 3 states that foreign greenhouse gas reductions that are not counted as domestic ones should “as far as possible match the emissions in part generated by Switzerland abroad.“ Whether this refers to the over 60% of Switzerland’s climate footprint outside its own borders (according to the Federal Statistical Office), or whether it aims to tie future climate funding to the supply chains of Swiss companies, remains (intentionally?) open.

This text was originally published on October 5, 2020 on the Alliance Sud website in German External linkand FrenchExternal link.