Orderly, good at recycling, great for train travel: in many people’s minds, Switzerland’s reputation is clean and wholesome against a backdrop of jaw-dropping natural beauty. Yet the much-lauded Swiss quality of life has a dark side – namely levels of consumerism and convenience that jack up the national carbon footprint. Here’s a look at the key factors driving CO2 emissions. 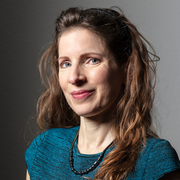 If everyone lived like the Swiss, the world population would need three planets to supply enough natural resources. While the official Earth Overshoot Day falls at the end of July, Switzerland uses up its resource quota by early May.

“Due to its comparatively high consumption level, Switzerland is one of the countries with disproportionately high environmental footprints per capita,” wrote Karine Siegwart, deputy director of the Swiss Federal Office for the Environment, in a recent studyExternal link.

Switzerland’s large footprint is partly driven by all the goods it imports. If emissions generated via imports are counted, the footprint of each resident of Switzerland is 14 tonnes of CO2 per year. In comparison, the global average is six tonnes.

This content was published on Jun 15, 2021 Jun 15, 2021 Swiss voters' decision to reject the CO2 law makes the road to climate neutrality even longer.

Per capita, Swiss residents throw away more rubbish than most other Europeans.

“The rampant selfishness of our society manifests itself in the form of rubbish and its disposal. It’s a sign of our throwaway society,” finds Andy Werren, a tour guide at the Forsthaus power plant in Bern, which generates electricity and heat using wood, natural gas and garbage.

How much trash is tossed – and recycled – in Switzerland?

This content was published on Jun 9, 2020 Jun 9, 2020 Each person living in Switzerland throws away on average over 700kg of waste per year, and recycles about half of it.

Even if there are systems in place to recycle items like beverage containers, much of the plastic packaging is difficult or impossible to recycle. Facilities vary by region and canton, and the price of household waste disposal is generally low enough to reduce the incentive to recycle.

Why is plastic so hard to recycle?

This content was published on Nov 5, 2019 Nov 5, 2019 What do a vegan, a vegetarian and a flexitarian have in common? They’re all eating plastics.

While much of Europe has done away with single-use plastics, Switzerland has no plans to enforce a similar ban. However, some major Swiss retailers have voluntarily decided to stop selling or giving away items like plastic straws and cutlery.

This content was published on Jul 4, 2021 Jul 4, 2021 Single-use plastic items like straws and cups are no longer allowed in much of Europe. Not so in Switzerland.

Switzerland has a dense rail network. Its passengers are champions in terms of the number of trips and the distances travelled per year.

However, commuting by car is still widespread. More than half of commuters drive to work rather than taking public transportation, cycling or walking. Road transport – including buses, service and delivery vehicles – accounts for about 40% of CO2 gas emissions in Switzerland.

Prior to the pandemic, the average Swiss flew about 9,000km per year, twice as much as 20 years ago. The number of air travelers has increased in recent years. Pre-Covid-19, flying accounted for 10% of Swiss CO2 emissions, considerably more than the global figure of 2.5%.

“On average, the Swiss population flies three times more often than European citizens, drives the largest cars in Europe and is one of the largest producers of waste in the world,” said WWF in a statementExternal link on Switzerland hitting its overshoot day months ahead of the world average: in May rather than July or August.

This content was published on Nov 5, 2020 Nov 5, 2020 Switzerland’s system of railways, long-distance buses and local transport is regarded as among the best in the world.

But there is growing public pressure to curb air travel including a debate over whether there should be a carbon tax on air tickets. Some say airfare itself should be more expensive to discourage people from using cheap tickets as an excuse for a short getaway.

Services like myclimateExternal link offer guilt-ridden polluters the possibility to donate to offset their carbon footprint.

“Flying is not a human right,” says myclimate CEO Stephen Neff, “It is a luxury that we gave gotten used to in Switzerland and other countries.”

With the goal of achieving zero net emissions by 2050, the Swiss government has adopted CO2 reduction measures in the transport, construction and industrial sectors. But in May 2020, the Swiss parliament approved a credit of nearly CHF2 billion ($2 billion) to prop up SWISS and other aviation companies affected by the coronavirus crisis.

In June 2021, Swiss voters had the chance to adopt a law to curb greenhouse gases. The law, part of Switzerland’s strategy to abide by the Paris Agreement on Climate Change, was rejected by 51.6% of voters.

This content was published on Jun 13, 2021 Jun 13, 2021 Swiss voters have rejected legislation at the heart of the country’s strategy to abide by the Paris Agreement on Climate Change.

“The ‘No’ has repercussions,” said Environment Minister Simonetta Sommaruga. “Now it will be difficult to achieve the climate targets.” In line with the Paris accord, Switzerland aims to be climate neutral by 2050.

Switzerland uses more heating oil than other European countries and is above average when it comes to heat loss. One reason is that many of the buildings are relatively old, and there is a widespread reluctance to invest in renovations.

Why most Swiss buildings are environmentally inefficient

This content was published on Jan 15, 2020 Jan 15, 2020 Buildings account for about a quarter of annual CO2 emissions in Switzerland. But progress has been slow to do more to save energy.

At the same time, much of new construction in Switzerland consists of suburban single- and two-family homes. Their remote location often results in their tenants relying on cars to get around.

The construction boom is driven to a large extent by corporate investors. They are betting on the real estate market to heat up further. That means that many of these houses remain empty for now – resulting in a waste of building materials and a loss of greenspace.

The Swiss are building empty homes in the suburbs

This content was published on Dec 14, 2019 Dec 14, 2019 There are enough of them, but in the wrong places – this is the housing market in Switzerland. Photographer Sophie Stieger has documented the paradox.

The effects and the fight

In landlocked Switzerland temperatures are rising faster than in regions which benefit from the ocean’s cooling effect. The first video in our two-part series shows how climate change is affecting the Swiss landscape, economy and people.

The reality of climate change in Switzerland

This content was published on Oct 29, 2021 Oct 29, 2021 The first video in our two-part series shows how climate change is affecting the Swiss landscape, economy and people.

Part two of our climate video series looks at how the country is going about reducing its greenhouse gas emissions.

How Switzerland is trying to combat climate change

This content was published on Oct 29, 2021 Oct 29, 2021 Part two in our climate video series looks at how Switzerland is going about reducing its greenhouse gas emissions.