Swiss entrepreneur Guido Fluri was so moved by the plight of Ukrainians that he chartered a plane to Poland to evacuate 150 refugees and bring them back to Switzerland. 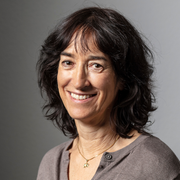 He made the decision after receiving messages from the Ukrainian and Polish embassies about the precarious situation of women with babies and children with disabilities. Within a few days, the Guido Fluri Foundation, working with organisations on the ground such as the Order of Malta in Poland and the Catholic Intelligence Club of Warsaw, had drawn up the evacuation plan. They were supported by the Ukrainian ambassador to Switzerland, Artem Rybchenko, and the former Polish ambassador to Switzerland, Jaromir Sokolowski.

The Edelweiss Airbus A320 picked up the mothers and their children from Krakow, Poland. Many of the refugees had arrived in Lviv from various places in Ukraine and were taken from there across the border into Poland.

Following their flight, most of the passengers were given accommodation in the former children's home in Mümliswil, which belongs to the Guido Fluri FoundationExternal link and is where Fluri grew up. “This is a small contribution in the face of this immense European catastrophe that we all face,” Fluri commented in a statement on the Foundation’s website. Fluri is a Swiss entrepreneur, who spent most of his childhood in foster care. His life story has shaped his humanitarian and political work. The foundation he set up in 2010 is particularly active in the field of child protection.

Guido FlurExternal linki is listed by Bilanz magazine as one of the 300 richest people in Switzerland. He grew up in Olten in canton Solothurn and started his career as a gas station attendant. He reportedly saved up CHF5,000 of his wages, took out a bank loan and bought a piece of land on which he built a house with apartments that were later sold for a profit. He was 20 years old at the time of the purchase. This was the start of a successful real estate business. Fluri became well-known in Switzerland for briefly organising the Miss Switzerland pageant and through the reparations initiative (Wiedergutmachungsinitiative) he launched in 2014. The popular initiative called for compensation for Swiss children who, up until the 1950s, were forced into labour, the so-called “Verdingkinder”.