Russia’s war of aggression against Ukraine is unacceptable, and wide-ranging international sanctions have rightly been imposed in response to it. The Swiss banks support these without reservation, and are implementing not only the sanctions ordered by the Swiss Federal Council, but also those of international and supranational authorities and bodies. 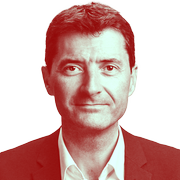 Jörg Gasser has been CEO of the Swiss Bankers Association since 2019. Previously he was State Secretary for International Finance and has worked in other Swiss government departments and at the International Committee of the Red Cross.

Some may think that nothing has changed in the Swiss financial centre in the last ten years, and that Swiss bank-client confidentiality still offers absolute protection – even for clients on international sanctions lists. This has led to accusations that Swiss banks are undermining the sanctions. But the fact is that the Swiss Bankers Association – the umbrella organisation of almost all banks in Switzerland – has condemned Russia’s war of aggression with the same vehemence as the Swiss authorities and the vast majority of states worldwide.

Far-reaching sanctions have rightly been imposed on Russia. The Swiss Federal Council decided at the end of February to adopt the sanctions agreed by the European Union. It goes without saying that Swiss banks are strictly adhering to all the sanction measures in force, and hence complying not only with Swiss sanctions, but also with those of international and supranational authorities and bodies.

Review of all client relationships and transactions

What does this mean in concrete terms? The banks’ sanctions systems compare all client data against the lists of sanctions against Russia, in order to identify assets belonging to those on the lists. The aim is not only to find out whether individuals, companies or organisations named are among the bank’s clients, but also to screen all financial transactions and review who was involved. If matches are found, they have to be individually validated and checked.

This content was published on May 18, 2022 May 18, 2022 Untangling the main areas of contention surrounding Swiss efforts to track down and freeze the assets of sanctioned Russians.

If they prove to be true positives, the funds and economic resources concerned are immediately blocked and reported to the administrative body at the State Secretariat for Economic Affairs responsible for implementing and for controlling the enforcement of the financial sanctions. In the process, the banks in Switzerland take cumulative account of a number of sanctions lists from Switzerland, but also from the EU for example. This is the standard procedure for sanctions, applied in the past as it is now in the case of Russia.

Switzerland should do more to freeze Russian assets

This content was published on May 18, 2022 May 18, 2022 Switzerland is right to enforce EU sanctions on Russian individuals and entities, but must ensure the measures have real impact.

Unfounded speculation about the volume of assets under management has led to rapid but incorrect conclusions being drawn. It is oversimplistic to suggest that frozen assets of around CHF 6.3 billion reported by the State Secretariat for Economic Affairs to date are far too low, given the total assets of Russian clients managed from Swiss banks.

Expectations too high or results too low?

As the State Secretariat for Economic Affairs correctly points out, only a very small number of Russian individuals are on the sanctions lists, which currently contain the names of about one thousand individuals and companies. Many more Russian individuals and companies have not been sanctioned, and their assets are being legally and internationally managed in financial centres worldwide, including Switzerland. Accordingly, the assets frozen inevitably amount to no more than a fraction of the Russian funds and assets. This is an important distinction, but one that is often ignored.

At the same time, it must be emphasised that the Swiss financial centre has no interest whatsoever in funds of dubious origin. Swiss banks have been, and still are, very careful and diligent when it comes to accepting client funds. Switzerland has systematically implemented international standards, and has strict regulations to prevent money laundering and terrorist financing.

The already rigorous anti-money laundering frameworks have been enhanced and tightened up in the past few years, based on recommendations by the Financial Action Task Force (FATF). In line with international developments, an extension of due diligence obligations in this area to advisors such as lawyers, tax consultants and fiduciaries would further strengthen the Swiss anti-money laundering system, and should be considered for incorporation into Swiss law going forward.

Banks are subject to comprehensive due diligence and reporting responsibilities to prevent money laundering and financial crime. Many of them have invested significantly in their compliance measures in recent years, and they now have comprehensive controls and processes in place to fulfil those responsibilities and prevent wrongdoing.

Switzerland also adheres to international standards when it comes to tax transparency. Swiss banks have been practising automatic exchange of information (AEOI) with their foreign counterparts since 2017. In line with the criteria specified by the Organisation for Economic Cooperation and Development (OECD), AEOI agreements have been concluded with all countries that are interested and meet the minimum requirements defined by the OECD. As with the other AEOI countries, Switzerland’s AEOI network comprises over 100 countries and is being continuously expanded.

Compliance and integrity are the cornerstones of a good reputation

As clear as these principles are, the need for them is evident from today’s perspective, to protect the integrity and good reputation of the Swiss financial centre. With a market share of 25%, Switzerland is the global market leader in cross-border wealth management. Its financial centre and the banks active in this business face intense international competition. To maintain its leading role, it is essential for the centre to position itself clearly and unambiguously.

The financial centre has built its leading market position on the high stability, security and resilience of the Swiss political, monetary and legal system. For their part, banks in Switzerland have contributed with their capital strength and continuous protective measures against cyber-attacks and other threats. Swiss banks’ reputation for excellence in advice, client services and financial products remains unchallenged.

For the Swiss financial centre today, however, it is equally clear that only integrity and compliance with international standards will provide a solid foundation for the future. Both are also crucial for client trust and credibility.

The challenges, past and present, faced by the Swiss financial centre have long been matters of political debate and the subject of government regulation, and they will remain so. Therefore, like other countries too, Switzerland is continuously working to develop its legal and ethical framework, and the Swiss banks are wholeheartedly supporting this process.