One week after the deadly landslides that struck southeastern Brazil, rescuers are still digging out bodies while preparing for future disasters. 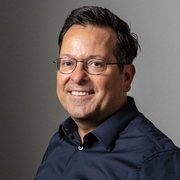 Swiss-Brazilian graduate in journalism and social communication from the University of Freiburg-Switzerland. Formerly contributor of Swiss Radio International, precursor of swissinfo.ch.

More from this author | Portuguese Department
swissinfo.ch and agencies

In Switzerland aid and long-term support has been mobilised for the badly-hit Nova Friburgo principality, which was founded by Swiss emigrants in 1819 and is named after Fribourg. A team of Swiss recovery experts is currently in Nova Friburgo.


The death toll from the disaster in the scenic mountain region has risen steadily to 744, the Brazilian authorities said on Thursday. But some 200 people are still missing after Brazil's worst landslides in decades.

In the worst-affected towns of Teresopolis and Nova Friburgo, 100km north of Rio de Janeiro, many of the missing are assumed to be buried under the avalanches of mud and water that destroyed hundreds of homes.

The death toll has been rising daily as rescuers reach isolated areas and dig out more bodies from the wreckage of neighbourhoods that were virtually wiped out by the landslides and floods following torrential rain in southeastern Brazil. Rio's state authorities say 14,000 people are homeless or unable to return to unstable areas.

In Nova Friburgo electricity has been re-connected in 90 per cent of the city, but some residents are still living by candlelight and collecting rainwater for washing. And it is estimated that at least 30 per cent of the city’s cultural and architectural heritage has been lost or destroyed.

“The torrential rains were like something out of a Hollywood disaster film,” Alberto Abib Wermelinger, a Nova Friburgo resident of Swiss origin, told swissinfo.ch. “It caused one of the hills that surround our neighbourhood to collapse.”

“The top of the hill collapsed and turned into an unbelievable mudslide with all kinds of rocks,” he continued. “This dragged with it hundreds of trees that became an avalanche that wiped out everything in its path.”

Populist politics and lack of urban planning across much of Brazil has allowed the construction of whole neighbourhoods in areas with high risk of flooding and mudslides.

“This growth is totally disorganised, especially in the zones with lots of poor residents – on the banks of rivers, or on the sides of hills or mountains,” said Wermelinger.

Earlier this week the Brazilian government vowed to set up a national early-warning system that could alert communities to approaching natural dangers. It also plans to restructure the civil defence network.

Nationwide there are around 500 areas where there are major risks of landslides and 300 others susceptible to flooding - potential dangers for five million people.

Messages of international support have been sent to Brazil and the victims. The World Bank said it would lend Brazil $485 million for rebuilding and disaster prevention efforts

Swiss President Micheline Calmy-Rey expressed her deepest sympathy to the relatives of victims and the Brazilian authorities.

Switzerland has sent three recovery specialists to the region to assess urgent needs and possible prevention measures against heavy rains.

The team said that 5,000 families needed to be re-housed as a top priority, but that in general the local authorities were managing to cope with the needs, the foreign ministry stated on Friday.

“The close contacts between Switzerland and Nova Friburgo are the origin of our decision to send the team,” explained Calmy-Rey.

Despite its name, Nova Friburgo, with a population of 180,000, was also colonised by Swiss from other cantons, mainly Jura, Valais and Solothurn.

Support has been coming from all over. Caritas Switzerland announced it is also sending food, drinking water, hygiene articles, as well as clothing and blankets.

On Tuesday the Fribourg cantonal government said it would give SFr100,000 and the Fribourg city authorities promised SFr30,000 for the recovery effort.

The Fribourg – Nova Friburgo Association (AFNF), set up in 1979, also launched an appeal for funds for the devastated city.

“We are focusing on raising awareness among the Swiss population and the Fribourg and Jura cantonal authorities, our main partners,” explained AFNF President Raphael Kessler.

“We are also in contact with Swiss Solidarity in Geneva. But they told us that it was not possible to launch a national fundraising campaign without a request for international aid from the Brazilian authorities.”

“We hope to first collect funds and then see what are the most urgent things to do. We have buildings that have been affected by the disaster like the Maison Suisse. We had several ongoing projects in Nova Friburgo but we will probably now focus our efforts on this disaster for the next few years.”

The history of Nova Friburgo dates back to 1818 when the Portuguese king Dom João VI authorised the immigration of 100 Swiss families, most of whom came from cantons Fribourg and Jura.

Of the 2,006 Swiss immigrants who set sail for Nova Friburgo in 1819, only 1,621 managed to arrive safely in Brazil – 385 perished during the ocean crossing.

Nova Friburgo was the first non-Portuguese colony established in Brazil.

Following the publication of a university dissertation on Nova Friburgo, contacts were renewed between Fribourg and Nova Friburgo. An association was founded in 1979.

Donation for action on behalf of the victims of the disaster in Nova Friburgo can be made to: