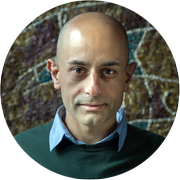 The Covid-19 pandemic has overshadowed the climate crisis, but with the gradual return of consumption and travel, concerns about global warming are resurfacing. A Swiss start-up is developing an aviation fuel produced solely with water, solar energy and CO2. Will this emission-neutral fuel put an end to “flight shame”?

SynhelionExternal link is a company founded by researchers at the federal technology institute ETH Zurich. In mid-May, together with another ETH Zurich spin-off, ClimeworksExternal link, Synhelion signed a joint letter of intentExternal link with the Lufthansa Group to accelerate the market launch of a sustainable aviation fuel.

But how is it possible to produce a fuel using only carbon dioxide, water and solar energy?

“When you burn a hydrocarbon, with oxygen, you have a release of energy and products from combustion that are CO2 and water vapour. Conceptually, this process can be reversed, as plants do with photosynthesis and as our method of recombining water and CO2 into hydrocarbons does,” explains physicist Gianluca Ambrosetti, CEO of Synhelion.

From the thermochemical process that takes place in the reactor developed by the start-up, a mixture of hydrogen and carbon monoxide called syngas is obtained.

“It’s a bit of a master key for a whole series of synthetic fuels already produced industrially. With relatively standard refining processes, it is transformed into hydrocarbons in different forms, such as methanol and jet fuel,” he says.

The target for industrial production of “green” fuel using this new method is 2030, as reactor efficiency is still low. However, the start-up is working in parallel on a fuel with 50% less impact.

To develop its process, Synhelion is developing several components. “There’s a thermochemical reactor, a solar receiver designed to generate the high temperatures needed to power the reactor, and then we have thermal energy storage systems to be able to operate, at least in summer, 24 hours a day,” Ambrosetti explains.

Will the “pure” green fuel planned for 2030 be able to be used by today’s aircraft? “Some components will have to be adapted, as is the case with all synthetic fuels, but in principle these changes will be minimal,” he says.

But why aim for a green fuel – whether it’s 50% or 100% – and not for electrically powered aircraft, which seem to be promising?

“They are definitely promising, but they are extremely limited at the moment,” Ambrosetti says. “The problem is the energy density of the batteries, which is much lower than that of fuel. The bulk of the work, such as the take-off of an airplane, can’t be done with electric propulsion because the batteries would simply be too heavy.”

Nitrogen oxides have a major impact on low-altitude pollution. The increase in the concentration of carbon dioxide in the atmosphere, on the other hand, is largely responsible for global warmingExternal link. Emissions from aviation account for 2% to 2.5% of human-made CO2 emissions, according to the Federal Office of Civil AviationExternal link. But if you consider emissions per passenger, a plane is the most polluting form of transport.

Swiss maker of clean aviation fuel gets boost from Lufthansa

This content was published on May 20, 2020 May 20, 2020 The Lufthansa Group has entered a partnership with the Swiss solar fuel developer Synhelion.