Alexandre Afonso says his surname and appearance mean many people struggle to see him as Swiss. 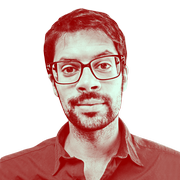 I was born and raised in Switzerland, own a Swiss passport and speak my native French with a distinct accent from the canton of Vaud. My German and Italian are pretty good. I used the former quite a lot in my work and chose the latter as a subject at school because I was very bad at maths.

Because I taught Swiss politics at university, I probably know more about the politics and history of my country than most Swiss people. I know for instance that the Austrian state of Vorarlberg voted to join Switzerland in 1919 and that we refused, and I can confidently explain why “consensus” is such an important feature of our political system. I have read Blaise Cendrars, Friedrich Dürrenmatt and Yakari. I know that Professor Topolino and Cantonneau are two Swiss scientists who appear in the Tintin albums. I remember the free kick scored by Georges Bregy against the United States at the football World Cup in 1994.

And yet, having lived abroad for the past 12 years (in Italy, Germany, the United Kingdom and the Netherlands) I am rarely identified as a Swiss person or asked about my Swiss identity. When I am asked where I am from, I always answer Switzerland (where I was born and raised), but seeing surprise I always feel compelled to explain that my parents are from Portugal and this is where my last name, dark hair and complexion come from. Then, the Swiss part often drops out of the conversation. I am asked about Cristiano Ronaldo or nice holiday spots in the Algarve. I am also very attached to Portugal, where most of my family is, but I have never actually lived there. I am always astonished by how my name and how I look seem so much more important to people I meet than where I’ve spent the majority of my life.

When I lived in Italy, a Frenchman with whom I had spoken regularly in the bus in French for six months asked me where I had learnt French because I sounded pretty good. I am still not sure whether he didn’t know that some Swiss people have French as their first language, or whether he couldn’t imagine that someone with a name like mine and that accent could be a native speaker. While living in London, I once gave an extensive interview to a prominent international business newspaper about Swiss elections, and my name was not even mentioned in the piece. Strangely, the names of other “experts” with more Swiss-sounding names did appear. I suppose that it sounded more authoritative to have a quote from a Müller or a Lüthi based in a Swiss university than from an Afonso from King’s College London, where I worked at the time.

Foreign names impact chance of getting an apartment viewing

This content was published on Jun 9, 2019 Jun 9, 2019 A study has found that some foreign-sounding names – especially Kosovar or Turkish – are less likely to be accepted for apartment viewings.

This is fairly frustrating because in some way I worked a lot harder to be Swiss than most Swiss people. I applied for naturalisation, and before that I was the first elected foreign local councillor in my hometown. I learned the languages, history and politics of Switzerland but somehow none of this will ever make me “look” Swiss because people seem to have rigid psychological boxes in their heads where people have to “fit”: a Swiss person must look like this, a Swede must look like that. They associate a particular name or skin colour to a particular national stereotype. The problem is that nowadays people’s names or appearance say little about what they are.

How did Switzerland become Switzerland? The most important chapters in Swiss history up to 1848

1848 saw the creation of the Swiss federal state and a unique democratic island in the sea of monarchist Europe.