Demi Hablützel is the president of the youth wing of the Swiss People’s Party of Canton Basel City. In this opinion piece, the author, who is a law student, justifies the view of the majority in Switzerland that political rights should only belong to Swiss citizens. 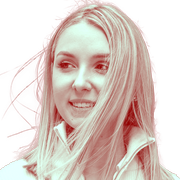 Swiss citizenship is acquired either through descent – we get it from our parents (jus sanguinis) – or by naturalisation. Citizenship or nationality brings with it political rights. These are the right to vote and to stand for election. Which means, in a (democratic) country, to be a political member of society, either actively or passively.

Recent events are making us reflect on what factors have led to crises nationally, in Europe, and around the world. Thinking particularly of Switzerland: how should our democracy be shaped in the future? And how far should political participation go so that we can deal with crises or prevent them by means of democratic structures, working together – as a country or a team?

Democracy is in its greatest crisis since the Second World War and the Cold War.

From a longer-term perspective, this is because of the trend towards authoritarianism and autocracy of roughly the last 15 years.

In the short term, it is because of the coronavirus pandemic and since Russia’s invasion of Ukraine.

Resilience is a key element of the debate about how to handle this multifaceted crisis: democracies should strengthen their resilience and robustness "from within" in order to be better able to fend off threats.

In this SWI swissinfo.ch series, we focus on a principle of democracy that has barely featured in the resilience debate so far: inclusion.

We introduce people who are fighting for “true inclusion” - comprehensive inclusion of all the biggest minorities. We will also hear views from the opposing side, which knows that the political majority in the country is behind it.

Here, one option to be discussed is inclusion, seen as a path leading from exclusion to integration. Inclusion is an idea we often hear today in politics and in society. The term inclusion seems to conjure up a form of society in which each person participates and benefits without barriers. That is to say, independent of any standards or individual effort to be or become a worthwhile part of society.

Direct democracy as the guarantee of success

This sounds quite stirring and noble from a social and ethical point of view, but it has its problems.

A stable democracy and direct participation by the people in the political process is of course central, and it’s one of the reasons why Switzerland is a paradise in comparison with other countries around the world. Without true democratic structures there is little that counts. The situation in many countries of the world is too well known to need further description.

To put it briefly: Switzerland is a model of success, and direct democracy is its guarantee. It enables all citizens to participate in short-term, mid-term and long-term political (and therefore also economic) decisions so as to shape our future.

Part of this is being a good loser in referendums and elections, accepting the will of the majority. Often this is hard to do. You just have to admit, as in the world of sport: sometimes you lose – sometimes even the other guy wins!

And yet, the demand is heard again and again from the left and green parties that foreigners resident here should be integrated into the  political process in Switzerland with minimal obstacles. Even prior to naturalisation. Better integration, and then complete inclusion, would be the result, they say. The idea would be for people to participate and benefit fully, independent of culture and nationality.

In Switzerland we have a typical society shaped by migration and as a result, dynamic population growth. Emigration and especially immigration are part of everyday life.

Use opportunities for naturalisation

The consequence is that about a quarter of our resident population is not able to take part in the political process. The parties of the left take a drastic view of this situation: these people are excluded from our society, they say.

This gives rise to the question: are voting rights for foreigners what we need? Is the jus sanguinis approach outdated? Would jus soli, giving citizenship based on place of birth, not be more up-to-date? In my view there is no question that foreigners are excluded from our political process by the status quo. They are, of course.

Rather the question is: why don’t they all take the chance, which our law already affords them after a certain time, to take out Swiss citizenship? If that is what they really want. The options are there, and for the most part with conditions that are more than reasonable. Not all of them, I will agree. I can certainly envisage changes to some.

Democracy means that all have the same opportunity to fulfil their aspiration for self-determination and participation in shaping their community and the state.

Neither the jus soli principle nor voting rights for foreigners will bring about integration. Integration is mainly a question of a person’s own will, and the use of all individual resources in the social context in which they find themselves. Political rights should not therefore be regarded as a tool of integration. They should be the well-earned reward at the end of the personal integration period. Being born and growing up in Switzerland are just not sufficient conditions for successful integration.

With jus soli, citizenship is an automatic process. The US for example introduced it to encourage immigration. Does Switzerland really want that too? We, who have no problem at all with immigrants from anywhere in the world?

Replacing jus sanguinis with jus soli would go against the goal of a reasonable control of immigration and citizenship policy in the real (not subjective, ideology-driven) interests of Switzerland.

No chance under direct democracy

At the local and cantonal level, but also on the national  level, the left and Green parties keep bringing voting rights for foreigners forward as a referendum issue. Yet it has no chance with the people and is always decisively rejected.

What is the motivation behind this? Is it supposed to be a simple way to get more voters for left-green policies, which, allegedly at least, are socially progressive? Is there a hope that many foreigners who are not yet integrated will not really understand these left-green policies and will let themselves be bamboozled by the misleading label “socially progressive equals foreigner-friendly”?

For objectively – as we have seen here – Switzerland would derive no advantage from jus soli.

Or to put it bluntly, why a reward before effort? Why political rights before integration?

So it is obvious: political rights granted too early are no guarantee at all for the kind of inclusion that would really benefit Switzerland and the people who live here.

Adapted from German by Terence MacNamee

How do we save democracy?

Democracy is facing its biggest crisis since World War 2. How can we make it more robust?