From stock exchanges and bitcoin to inflation and monetary policy – the Geldcast update features the latest from the world of international finance, hosted by Fabio Canetg. 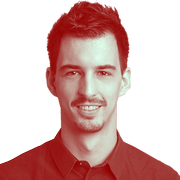 Subscribe to the Geldcast update in English on YouTubeExternal link. And you can find many more episodes in German on iTunesExternal link, SpotifyExternal link, or wherever you get your podcasts.

Phillips curve: Do we need a recession to fight inflation?

What is the current situation? Are central banks able to fight rising inflation in any other way other than high unemployment? What does the latest research say about this question? Find out in the latest Geldcast podcastExternal link.

A Swiss National Bank (SNB) top official has rejected allegations of sexism and discrimination in the workplace as “simply incorrect”. SWI swissinfo.ch looks at the controversyExternal link in the latest Geldcast podcast.

Swiss National Bank: «There is no right to secrecy»

The Swiss National Bank (SNB) is very opaque by international standards. That has to change, says Yvan Lengwiler, professor of economics at the University of Basel. He explains his proposals in the latest Geldcast updateExternal link.

Ukrainian refugees who have fled to Switzerland with cash are finding it hard to exchange their hryvnia currency into Swiss francs. In the latest Geldcast podcast, some of the possible solutions are discussedExternal link.

Would digital currencies make the financial system more stable? And would the SNB even be allowed to introduce an e-franc for the general population, given that voters roundly rejected a “sovereign money initiative” in 2018? Find out this and more in the latest Geldcast update.

How is the US labour market doing?

As the United States and Switzerland emerge from the Covid-19 pandemic, both nations’ labour markets appear in reasonably good shape. In this episode, we take a closer look at the most important US labour market indicators.

The future of money

More than 80% of central banks around the world are looking into central bank digital currencies (CBDCs). The Swiss National Bank is one of them. What is in store for us?

Afghanistan is running out of cash

Afghanistan is running out of foreign cash, with potentially catastrophic consequences for the population. In a recent editorial, the New York Times proposed the release of some of the blocked Afghan central bank money. What difference would that make? How did this situation get so bad?

Inflation in the United States is higher than it has been for decades. What are the reasons for this? And are prices now also rising in Switzerland?

The Australian central bank is being attacked by the markets and is losing control over interest rates. Something similar happened to the Swiss National Bank in 2015 with the minimum exchange rate for the euro. But what is behind this?

For years, central banks have been called upon to do more to combat climate change. Now a new monetary policy instrument is being discussed as a way forward.

Candidates for the SNB Governing Board

A new discussion has flared up around the Swiss National Bank (SNB): Who will eventually succeed the current SNB president Thomas Jordan?

Hardly any other policy area is as strongly influenced by research as monetary policy. But how openly central banks talk about the latest research results varies greatly. This is exemplified by last week’s research conference at the European Central Bank (ECB).

As a journalist, he works for SRF Arena, Republik Magazin and SWI swissinfo.ch.

For more audio content from SWI swissinfo.ch, explore Inside Geneva, a podcast with straight talk with people dealing with the world’s challenges in Geneva, humanity’s global hub.

A podcast about big questions facing the world, put to those working to tackle them in Switzerland’s international city.