The principle of presume consent would make it easier for families of deceased patients to reach a decision about organ donation, says Philippe Eckert, head of Lausanne University Hospital. The issue goes to a nationwide vote on May 15. 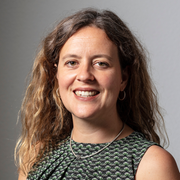 Journalist based in Bern. I am particularly interested in topics about society, politics and social media. Previously I worked in regional media, for the newspaper Journal du Jura and Radio Jura bernois.

As head of Lausanne University HospitalExternal link, Eckert has many years of experience in transplantation medicine. He previously headed the intensive care unit at the hospital, and was chair of the programme for organ donationExternal link in French- and Italian-speaking Switzerland. Now he is campaigning for this legislative amendment, which he believes is essential.

The rate of organ donation in Switzerland is lower than in many European countries. Almost 1,500 people are waiting for a transplant and the list is getting longer. Their survival depends on getting an organ.

As things stand in Switzerland, a person has to give explicit consent before they die for their organs to be used after their death. However, this system is not generating enough donors.

To solve this problem, in October parliament adopted the principle of “presumed consent”: if a person does not wish to donate their organs, they have to say so explicitly during their lifetime.

This amendment to the transplantation law has been challenged to a nationwide referendum, which takes place on May 15.

Explicit vs presumed consent: the Swiss referendum on organ donation

This content was published on Mar 25, 2022 Mar 25, 2022 The Swiss will vote on May 15 on the sensitive question of how to define consent when it comes to organ donation. What's the vote about? An explainer.

SWI swissinfo.ch: Why do you find it important to campaign for this amendment to the transplantation law?

Philippe Eckert: The main reason for my getting involved is that we do not have enough organs to transplant, and so every year we have patients dying. In medicine, we try every possible treatment before considering an organ transplant, but there are situations where transplantation is the only way we can save a life. So we need to do all we can to have enough organs we can use. We don’t need 100% of the population to be willing to donate organs, but if we could just double the current rate, we would have a lot fewer people on the waiting list.

SWI: Will the change to presumed consent really increase the number of organs donated?

P.E.: There are already examples which show that it does. In France and the Netherlands the rate of organ donation has increased significantly since they adopted the principle of presumed consent. Admittedly, it’s hard to know if it’s just the amendment to the law which produces that effect, or whether it’s the information campaigns accompanying the change.

This content was published on Apr 6, 2022 Apr 6, 2022 François Bachmann, vice-president of the Protestant Party, says presumed consent will not necessarily lead to more organ donations.

SWI: Isn’t there a risk that too much pressure will be put on families, who will have to make clear their deceased relative’s refusal to donate organs, as the committee against the amendment has claimed?

P.E.: My own experience has been completely different. I’ve been asking families for organ donations for more than 20 years. It is always in a really tragic context, because the potential organ donors were people in good health who died suddenly. The families are in shock, of course. In most cases the issue of organ donation had not been discussed with the person when they were alive. In this situation I encounter more and more families who will not consent to organ donation because they are not sure what their deceased relative would have wanted. As a result, we have about a 50% refusal rate for organ donation, whereas studies show that about 80% of people support organ donation.

The idea of presumed consent is meant to help families make this decision. We can reassure them by telling them that this person did not express opposition to organ donation when living, so we can assume they were in favour.

SWI: The National Advisory Commission on Biomedical Ethics would prefer a system of compulsory declaration, with everyone being asked on a regular basis for their position on organ donation. Wouldn’t that be more in keeping with people’s right to make their own decisions?

P.E.: There has been a lot of discussion about this option. The idea of specifying the person’s choice on their driving licence or health insurance card has been proposed. But that isn’t easy to implement. We see this with the registerExternal link maintained by Swisstransplant, which gives individuals the option to state their position on the matter. It’s not compulsory, admittedly, but its success has been quite limited, with only about 130,000 people putting their names down as potential donors. The change in the system will be accompanied by information campaigns, which will give the opportunity to people who do not want to donate organs to make this known. Finally, everyone can state their view as in a system of compulsory declaration. The right to self-determination is therefore not infringed here. Some people are saying that we’re coming to get your organs without asking for your opinion, but it’s not like that at all.

SWI: Ultimately, is the problem with the current system just down to a lack of information?

P.E.: You could look at it like that. But in the past ten years we’ve really been making a determined effort to make the public better informed. We’ve done opinion polls, we’ve done information campaigns, we’ve gone out and talked to people. We need to keep doing all of this, but it still won’t be enough.

SWI: Poland and Luxembourg have organ donation rates lower than Switzerland despite having presumed consent. That suggests the type of model is not the determining factor.

P.E.: Indeed, legislative change won’t do the whole job, but it helps. It’s not a measure that should be taken in isolation, but it’s necessary if we want to reduce the number of patients dying while waiting for a transplant. In this debate we shouldn’t lose sight of what the legislation is all about: saving lives. It’s also worth bearing in mind that, here in Switzerland, people are five or six times more likely to receive a transplanted organ than they are to donate one.