More than one in ten Swiss lives abroad. The number has more than doubled since 1980. This graphic illustrates that the Swiss don’t like to stray too far from home.

Has worked as a designer with SWI swissinfo.ch since 2001. 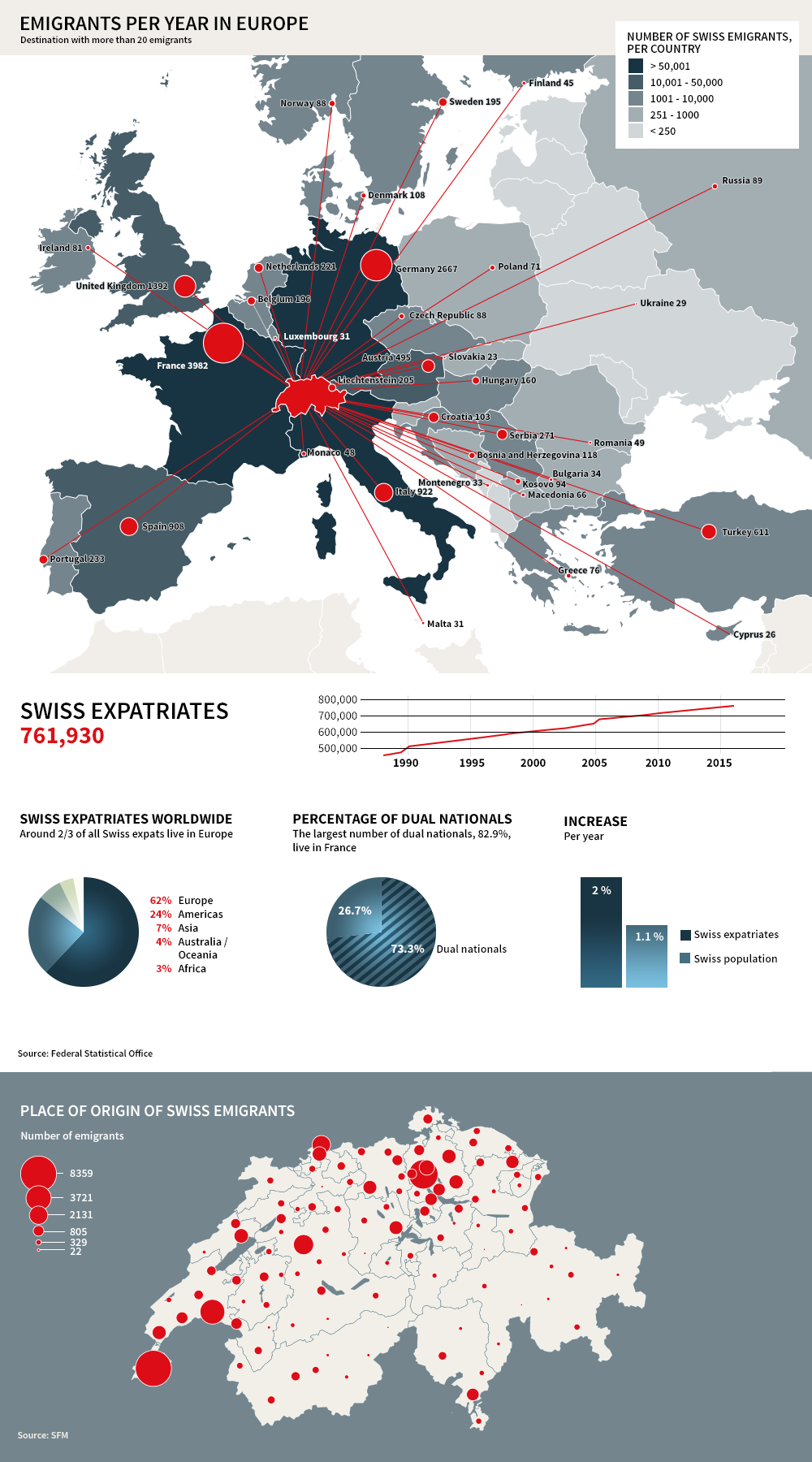 People move around a lot these days and for many different reasons: tourism, family, studying or work, said Gianni D’AmatoExternal link, director of the Swiss Forum for Migration and Population Studies, at the recent Congress of the Swiss Abroad External linkin Bern.

Most of the Swiss emigrating abroad are young: the average age for women is 33 years old and for men, it’s 35, explained D’Amato. The University of Neuchâtel professor nevertheless noted that retirees made up 7% of those leaving Switzerland.

According to a study by Philippe WannerExternal link, professor at the Institute of Demography and Socio-economics at the University of Geneva, a large number of Swiss moving abroad come from the urban regions of Geneva, Zurich, Lausanne, Bern and Basel.

Have you left Switzerland for a European country or moved further afield? Let us know about your experiences.