“Rösti ditch” and “Polenta ditch” is how the Swiss refer to their linguistic boundaries – where German, French or Italian stop being the main languages. But the reality is less clear. The country’s cultural scene is linguistically intertwined and constantly changing. 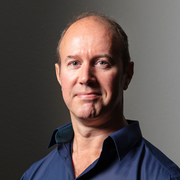 “Economic immigration to Switzerland has a major influence on which languages are spoken,” says Renata Coray of the Institute of Multilingualism at the University of Fribourg.

Switzerland has four national languages: German (spoken by about 63% of the population), French (23%), Italian (8%) and Romansh (0.5%). Romansh is not an official language (apart from in canton Graubünden). There has been a slight increase in French and English and a slight decrease in German in recent years.

This content was published on Mar 3, 2019 Mar 3, 2019 While French is spoken more and more, fewer and fewer Swiss speak German regularly. The main reason for this is migration.

This does not mean all Swiss are constantly flipping between several languages, although most of them regularly use more than one language either at home or at work. A government study from 2014 looked at Swiss aged 15 or more and found that the people most likely to use more than one language on a regular basis were those with a university education (76%), those aged 15-24 (79%) and those with jobs (72%). In addition, 84% of immigrants and their descendants were multilingual.

How many Swiss regularly use at least four languages?

A politically sensitive topic is when to start teaching English to Swiss schoolchildren. Many pupils and parents prefer English to be taught before another national language, arguing English is more useful. Others worry about the effects this could have on national cohesion.

This content was published on Aug 30, 2018 Aug 30, 2018 More and more Swiss pupils are signing up for a bilingual education.

Whatever happens in schools, more and more English is heard in Switzerland, owing not only to growing immigration from Anglophone countries but also because it is increasingly being used as a bridge between Swiss people from different linguistic regions. English is even creeping into German.

This content was published on Dec 1, 2016 Dec 1, 2016 You’re never far from an English word in Switzerland. A linguist explains why – and whether there will be a backlash.

And English is far from the only non-national language heard in Switzerland, with Portuguese and Albanian not far behind. Is migration responsible for the drop in the proportion of people who speak national languages as their first language? Yes and no.

This content was published on Apr 5, 2017 Apr 5, 2017 The number of residents who do not speak any of the official Swiss languages as a main language has more than doubled this century.

One obvious area where misunderstandings could have serious consequences is politics. So how do the authorities ensure that parliamentarians are on the same page and know what they’re voting for? In the House or Representatives (where German speakers must give speeches in High German) the answer is simultaneous interpreting.

“I was absolutely nervous the first time I did it!” explains Hans Martin Jörimann, who has been interpreting in parliament for 14 years. “I was overwhelmed not so much by the speeches that were delivered but by the context and all the specific jargon. Once you understand the way it works, it’s a lot easier.”

The art of interpreting in Switzerland’s polyglot parliament

This content was published on Sep 26, 2019 Sep 26, 2019 Ensuring Swiss politicians can understand each other is challenging, stressful but rewarding, says one of parliament’s official interpreters.