Formally enshrined in 1948 in the Universal Declaration of Human Rights, freedom of expression has arguably become the most contested element of modern representative democracy globally. While under threat in a growing number of countries, its limits are being tested in others. We are at a critical crossroads, writes researcher Yanina Welp. 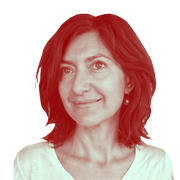 Yanina Welp is a Research fellow at the Albert Hirschman Centre on Democracy, Graduate Institute (Geneva), editorial coordinator at Agenda Pública and co-founder of the Red de Politólogas. Between 2008 and 2018 she was a principal researcher at the Centre for Democracy Studies and co-director of the Zurich Latin American Centre (2016-2019), both at the University of Zurich

The Universal Declaration of Human Rights (UDHR), adopted by the United Nations General Assembly in Paris in 1948, claims that “everyone has the right to freedom of opinion and expression; this right includes freedom to hold opinions without interference and to seek, receive and impart information and ideas through any media and regardless of frontiers” (article 19).

Freedom of expression, so, refers to the ability of an individual or group to express their beliefs, thoughts, ideas, and emotions about different issues free from censorship. But is it an absolute right? Clearly not. A recent example was in Switzerland last year, when a referendum on the limits of free speech saw citizens vote by 63.1% to 36.9% in favour of a law banning anti-LGBT discrimination. Another referendum in 1994 already ruled that homophobia is a crime, not ‘a matter of opinion’. Meanwhile, various sources and rankings showExternal link that Swiss media are free from editorial and government interference; but they are expected to adhere to the penal code, which prohibits racist or anti-Semitic as well as homophobic speech.

During the pandemic, however, challenges have emerged: on the one hand, from new forms of negationist thought as peddled by anti-science and anti-vaccine groups, and on the other hand, from people who feel that governments are ‘taking advantage of the pandemic to introduce more control and less democracy’.

The latter claim comes from the ‘Friends of the Constitution’ in Switzerland, who last Autumn collected signatures to challenge the 2020 ‘Covid law’, which the Swiss government and parliament drew up to manage the coronavirus response. The vote on June 13 will likely be the only case in the world where people will be directly able to make a binding decision on their country’s pandemic response.

Yanina Welp is a Research fellow at the Albert Hirschman Centre on Democracy, Graduate Institute (Geneva), editorial coordinator at Agenda Pública and co-founder of the Red de Politólogas. Between 2008 and 2018 she was a principal researcher at the Centre for Democracy Studies and co-director of the Zurich Latin American Centre (2016-2019), both at the University of Zurich.

Who gets to control the freedom of expression?

This content was published on Feb 8, 2021 Feb 8, 2021 Democracy vs the Tech Giants: debates have flared after the tumultuous transfer of power in the US in January.

A pillar of modern democracy

Freedom of expression is thus a fundamental but not an absolute right. It is also a pillar of modern democracy.

This is recognised by the First Amendment to the US Constitution, adopted on December 15, 1791, which guarantees that ‘Congress shall make no law respecting an establishment of religion, or prohibiting the free exercise thereof; or abridging the freedom of speech, or of the press; or the right of the people peaceably to assemble, and to petition the Government for a redress of grievances’. At the time, a key aim of the amendment, stressed by Thomas Jefferson, was to build ‘a wall between church and state’. But over time, freedom of media and of speech became a fundamental component of democratic regimes, given that the right to free expression shows the openness of a political system to allow checks on its power and to be held accountable.

More recently, freedom of expression is facing growing threats. On the one hand, autocrats are multiplying around the world, as are the prosecutions of independent media and social activists. On the other hand, the growing scale and influence of big tech companies has created new problems for existing democratic systems. A combination of both challenges – authoritarian-leaning leaders and new media – was neatly incarnated by former US president Donald Trump.

However, Twitter and Facebook’s decision to suspend his accounts have also left crucial questions hanging: should private companies be in charge of controlling unacceptable speech? Where are the limits between hate speech and freedom of expression? Are media companies leading to the erosion of the plural and independent freedom of the press?

In principle, everything should be crystal clear. Articles 19 of both the Universal Declaration of Human Rights (1948) and the UN Covenant on Civil and Political Rights (1966) stipulate that “everyone shall have the right to freedom of expression; this right shall include freedom to seek, receive and impart information and ideas of all kinds, regardless of frontiers, either orally, in writing or in print, in the form of art, or through any other media of his choice.” In Europe, the European Convention on Human Rights (1950) confirms freedom of expression as a legally binding right (article 10). Switzerland enshrines this fundamental freedom in article 16 of its 1999 constitution.

In practice, however, much remains contested. Many governments around the world are not protecting the right to freedom of expression but are increasingly undermining it. In other parts of the world, individuals and groups brandish the term “freedom of expression” to justify discriminatory and hateful speech. But although it is a universal right, freedom of expression is not an absolute right. Ensuring it and applying it is always a tightrope walk.

In a new SWI swissinfo.ch series we address these various aspects, challenges, opinions, and developments around freedom of expression, both in Switzerland and around the world. We provide a platform for citizens to express themselves on the issue, offer analysis by renowned scholars and highlight developments locally and globally. And, naturally, readers are invited to join the conversation later this spring and to make their voices heard.

In 2021, several G20 nations, including Brazil, India, and Turkey are among countries where democracy is declining or morphing into autocracy. Poland is in the lead in this dubious race. The numbers reported by the Gothenburg-based Varieties of Democracy (V-Dem) institute are striking: 68% of the global population (87 countries) now live in autocratic regimes; India, with its 1.37 billion people, recently regressed from “world’s largest democracy” to “electoral autocracy”. Among the factors leading to India’s demotion, the most substantial were threats to the freedom of the media, academia, and civil society.

The number of liberal democracies, meanwhile, fell from 41 in 2010 to 32 in 2020, and are now home to just 14% of the global population. Electoral democracies account for 60 countries and the remaining 19% of the worldwide population.

Protests in Hong Kong in 2018 and 2019 demanded more democracy. China’s answer has been violent repression and legal restrictions. The National Security Law, approved in mid-2020, means citizens are no longer free to express themselves. Russia has also gone down a repressive path by arresting and imprisoning opposition leader Alexei Navalny – after a failed attempt to kill him. (The Swiss government has joined international calls demanding Navalny’s “immediate release”).

Globally, freedom of expression specifically is also under pressure. According to V-Dem, last year 32 countries saw substantial declines in this democratic pillar; three years ago, the number was “only” 19. And over the past decade, eight of the 10 most widely declining democratic indicators were related to the freedom of expression.

The legal difficulties of online expression in Switzerland

This content was published on Oct 17, 2017 Oct 17, 2017 Drawing the line between freedom of expression and discrimination is a nuanced minefield in the age of social media, as a case in Switzerland shows.

There is also a global trend that deserves more attention when it comes to the recent rise of illiberal populist leaders across the world. It is that this emergence of populism is a symptom – of exhaustion. The structural inequalities in many countries – and especially in the US political system – as well as growing racism (as a scapegoat for inequality) were the drivers of the popularity of former US president Donald Trump, for example.

To counter this de-democratising trend, it makes no sense to block such leaders and parties. Rather their discourse must be democratically countered, by offering alternatives via active citizenship and more democracy. When a political system can deliver neither enough welfare nor human rights protections, a discourse of hate will help to mobilise the electorate. Behind this lies the inability of leaders and the system to respond to the demands of the population and to demonstrate that politics can change things.

How can politics change things? By enabling democratic participation, through improving the conditions for the formation of public opinion and the exercise of political rights. In other words, there is no democracy without freedom of expression.

This content was published on Feb 24, 2020 Feb 24, 2020 Swiss Foreign Minister Ignazio Cassis has warned against the dangers of online hate speech.