The government has approved a new strategy to boost Switzerland as a host country, including a new foundation in Geneva to help bring science and diplomacy together, Swiss foreign minister Ignazio Cassis has announced. 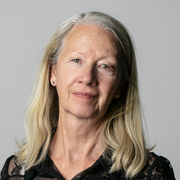 The “Geneva Science and Diplomacy Anticipator” (GSDA)External link is being launched by the foreign affairs ministry and the Geneva authorities. Its president is former Nestlé CEO Peter Brabeck-Letmathe, and its vice-president is Patrick Aebischer, former head of the Swiss Federal Institute of Technology Lausanne (EPFL).

This new foundation is to concentrate not so much on the “classic” humanitarian concerns of International Geneva but on the challenges of the future, such as how rapidly evolving new technology should be regulated, said Cassis at a joint press conference with Brabeck-Letmathe and Aebischer. He gave the example of drones and automated cars, as well as genetic engineering.

The idea is that it should not only bring the scientific and diplomatic communities around the world together but also “anticipate” the consequences of technological advances on society and politics.

International Geneva must be positioned as the best place to discuss the emerging issues that will dominate the global agenda in the coming decades, he said, and make sure that its reputation is strong enough to withstand competition.

The foreign ministry is providing CHF3 million ($3 million) in initial funding for the GSDA’s pilot phase (2019-2022), while the City and Canton of Geneva have each approved a contribution of CHF300,000 for the same period. Sponsors will also contribute funds. During the first three years, scientific and political experts will meet to identify the issues to be addressed and launch the foundation’s first projects.

In addition, as part of its overall budget for International Geneva for the 2020-2023 period, the government has requested a total of CHF111.8 million for approval by parliament, slightly lower than the CHF117.2 million for 2016-2019.

Brabeck-Letmathe told the press conference that technology has been advancing so quickly that “politics can’t keep up”, but that “we all know that the big challenges of the future need regulation”. He said the GSDA would have nine board members and that it would have a “small competent leadership”.

“There are things happening in our laboratories that we can hardly imagine,” said Aebischer. “But the idea is that by combining our networks we will be able to know and anticipate, to try and bridge the growing gap between technology and the need to regulate it”. He recalled that even the head of Microsoft had called for a “Geneva Convention on cyber-attacks”.