Swiss banking representatives joined Finance Minister Ueli Maurer in a tour across Asia this past week, which included visits to ministries and authorities, state institutions as well as financial players. 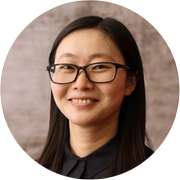 With academic background in Journalism (Master Degree in Journalism and Media Wuhan University, Bachelor Degree in Communication and Media Research University of Zurich), Ying began her career as an investigative reporter and freelancer in Peking before joining swissinfo.ch in 2015, with particular interest in job & career, healthcare system, tourism and trends in modern workplace.

Maurer’s talks in China notably centred on the best frameworks and conditions to support innovation in the financial sector for bilateral investments as well as financial services.

In an interview with the China Global Television Network (CGTN), Maurer said that Switzerland aims to strengthen financial links with China by expanding financial markets and the exchange of fintech (financial technology) expertise.

"Over the past three years, we have had a regular financial dialogue with China and we will continue this exchange with concrete projects related to financing and investment, such as One Belt One Road. We are interested in cooperation with China in the areas of fintech and banking supervision," said Maurer.

According to the Chinese paper Global Times, which is under the auspices of the People’s Daily Newspaper, Switzerland and China agreed to promote entry into each other’s financial markets. However, Swiss finance officials expressed hope that China’s financial sector will open up to a greater degree.

“Switzerland is willing to take part in pilot programmes in China’s opening up process, as the country has a good reputation in the financial sector and sound risk management measures,” said Maurer.

Jörg Gasser, state secretary for international financial matters, was a member of the delegation headed by Maurer. “Both countries agree on further opening up of the financial sector, but the degree of opening up is different in the two countries,” Gasser told the Global Times. “Switzerland's financial market is almost 100% open to foreign financial services providers, establishing a sound environment for them to carry out their business. We hope that China can further open up its market for foreign companies.”

Alexandre Zeller, chairman of Credit Suisse, told the Shanghai Daily that Switzerland’s second-largest bank wants to exchange know-how on credit management with Chinese fintech companies, as well as tap into a rising demand for Chinese firms to issue bonds in Switzerland or acquire assets of Swiss companies.

Maurer spoke highly of the Belt and Road Initiative, a development strategy that focuses on economic cooperation and trade primarily between China and countries in Eurasia. He said Switzerland was willing to cooperate with China mainly on financing, risk control and insurance under the framework.

However, Gasser noted: “Given the Belt and Road Initiative is a grand plan, we want to know China's consideration and plan before we find a specific way to take part in the initiative, such as on large infrastructural projects and risk control in financial sectors.”

Swiss President Doris Leuthard is confirmed to attend the Belt and Road Forum for international cooperation in Beijing on May 14 and 15.

In addition to financial support and economic cooperation, industrial investment will also be one of the key topics of the Belt and Road Forum. ChemChina’s purchase of the world’s largest agrochemical company Syngenta is drawing to a close.

“In the past, Swiss companies have acquired companies around the world, and now, Chinese companies also show interest in Swiss companies. We always keep a liberal attitude towards it,” Maurer remarked in an interview in the 21st Century Business Herald on April 14.

According to Herbert J. Scheidt, chairman of the board of directors of the Swiss Bankers Association, the possibility of approval is very high. “At present, the stock prices of Syngenta keep on ballooning. And it’s well known that shares generally reflect the public’s expectations for a company.”