In Geneva, the war in Ukraine has prompted the West to exclude Russia from some international fora. Diplomats hope to send a strong message condemning Russia’s invasion of Ukraine, but some fear the strategy could backfire. 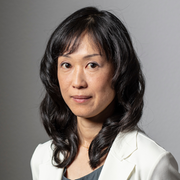 In the past month, the normally calm atmosphere in so-called International Geneva has been drastically transformed by anger towards Russia. In all 38 international organisations in Geneva Russia’s invasion of Ukraine is a top concern. As the war drags on, Russia is being increasingly isolated in many meetings. The country has been excluded in some World Trade Organization (WTO) talks. It has lost its observer status at the European Organization for Nuclear Research (CERN). Most recently the International Labour Organization (ILO) decided to suspend its cooperation until a ceasefire.

“The isolation intensifies. It’s time to end this barbarous aggression, which goes against all the values of the ILO,” British ambassador to the United Nations in Geneva Simon Manley told AFP news agency.

A European diplomat with the EU mission to the United Nations in Geneva confirmed to SWI swissinfo.ch that they are now refusing to have bilateral meetings with their Russian counterparts.

This raises the question of future collaboration with Russia in International Geneva. Russia is a permanent member of the UN Security Council and a powerful player in most international organisations. If multilateral negotiations continue to be polarised, there is a risk of ongoing talks stalling and deals falling apart.

The Human Rights Council is one of the UN bodies where Russia's presence, as an elected member, is considered problematic. Several UN member states, along with 30 NGOs, are calling for the exclusion of Russia from the council.

“Obviously, there's been a lot of talk about the exclusion of Russia from the UN Human Rights Council… there was a fair degree of support from the United Kingdom and a few EU countries, and there's a big NGO push for its membership suspension. To have a member of the Human Rights Council that's committing gross and systematic human rights violations is a joke which massively undermines the council’s credibility,” says Marc Limon, director of independent human rights think tank Universal Rights Group.

Those that advocate for an exclusion argue that the credibility of the council is at stake.

This is easier said than done. Though an overwhelming majority of council members voted to establish a commission of inquiry on the situation of human rights in Ukraine, the council’s toughest investigation, this does not mean suspending membership would generate the same momentum.

Condemning Russia’s invasion and suspending Russia’s membership are not the same. Suspending Russia from council membership requires a majority vote by two-thirds of the UN General Assembly, which currently seems achievable, but not likely to happen for the time being according to diplomatic sources.

“I wouldn't say that we are isolated,” said Russian ambassador to the UN in Geneva, Gennady Gatilov, during a press conference. “We're here with a number of countries that support our position. Let me mention China, India and a number of other countries.” Only Russia and Eritrea voted against the commission of inquiry on the situation of human rights in Ukraine. China and India, two of Russia’s biggest allies, abstained.

Gatilov claims that many countries had been pressured by the US and their allies to back Ukraine.

“But it doesn't mean that these countries agree entirely with the policies of the United States and their allies,” the Russian diplomat added.

U.S. Ambassadors @USAmbGVA Crocker and @USAmbHRC Taylor were proud to join @UKRinUNOG and colleagues from around the globe in today’s dramatic walkout from the Human Rights Council to protest Lavrov’s appalling attempt to justify Russia’s brutal and unprovoked attack on Ukraine. pic.twitter.com/Lovr0TtqiH

▲ Ukrainian Anbassador Yevheniia Filipenko led the walkout during the speech by Russian foreign minister and EU, US, UK, Japan and other counties left the meeting room. Only a few countries like Russia, China and Venezuela stayed in the room.

Russia’s invasion of Ukraine has also provoked reactions at the World Trade Organization. In all, 14 delegations, including the European Union, United States, Britain and Japan, issued a statementExternal link on March 15 condemning Russia’s military aggression in Ukraine, and describing it as an “egregious violation of international law and the UN Charter”. They agreed to suspend the most favoured nation (MFN) status for Russia, and also put on hold Belarus’ progress to joining the WTO. MFN is a principle of the multilateral trading system which ensures equal trade for all members.

The following day, Russia reacted. “We are deeply disturbed by the relevant developments in the WTO, which pave the way to a complete dismantling of the rules-based multilateral trading system,” said an official statementExternal link.

The diplomatic freeze is going beyond the formal level. Russia has also been expelled from participation in the WTO’s coordination group of developed countries. The EU and the US argue that the core values of the WTO are more important, and therefore will no longer include Russia in this informal group.

“The expulsion of Russia from that group is of course not of a symbolic nature. But in practical terms there is no direct impact on trade. We are not talking here about tariffs. This is more an internal issue of the WTO," according to the spokesperson for the EU mission to the WTO.

Coordination Group of the Developed Countries

There are four regional groups in the WTO: Africa Group, Group of Latin America and the Caribbean, Group of Developing Asia, and Developed Countries. The developed group coordinates Council and Committee Chair nominations, including those which rotate annually between developed and developing country members. Representatives of the group participate in "Green Room" meetings, where a limited number of states exchange views to facilitate consensus before reaching an agreement.

The coordination group is composed of 11 delegations including Switzerland but does not include China. The members are Australia, Canada, EU, Iceland, Japan, Liechtenstein, New Zealand, Norway, Switzerland, UK and US. Russia was an associated member.

But some believe isolating Russia can only weaken the UN and other multilateral organisations.

“Bringing the war in Ukraine into a global perspective does not serve the interests of the West at all,” says André Liebich, a Cold War expert and former professor of International History and Politics at the Geneva Graduate Institute. He believes that trying to expel Russia from International Geneva would not bring any long-term benefits for the West, as Russia is a global player.

Isolating Russia will only hamper the work of international organisations, he explains, and weaken multilateralism. In this context, “the UN members’ walk-out from Lavrov’s speech was the wrong approach”, he says. He was referring to a staged walk-out on March 1 during Russian Foreign Minister Sergey Lavrov’s address at the Human Rights Council.

For the WTO, which is three months ahead of its planned Ministerial Conference in June - which is already lacking political impetus - the move could make it more difficult to reach consensus at the highest decision-making body.

Condemnation of Russia's military invasion of Ukraine is spreading to meetings of other international organisations in Geneva, even if the institution is not directly relevant, or the situation in Ukraine is not on the agenda. At the meeting of the Convention on Biological Diversity at the International Conference Center in Geneva, which started on March 14, representatives of Ukraine and Russia had an altercation over the war in Ukraine. In the meetings several Western countries also condemned Russia's aggression in their opening statements.

On March 8, the CERN Council, composed of 23 member states, decided to support Ukrainian collaborators and scientific activity, but suspended Russia’s observer status and will not engage in new collaboration with Russia.

What is observer status?

Member States, such as France, Germany, Italy, Switzerland and UK, make a contribution to the capital and operating costs of CERN’s programmes, and are represented in the council, responsible for all important decisions about the organization and its activities. But Observer States, which include EU, US and Japan, and before 8 March Russia, may attend open sessions of the council, but do not have voting rights. Associate member states such as India, Pakistan, Ukraine participate in the meetings of the CERN Council, Finance Committee and Scientific Policy Committee. Their nationals are eligible for short-term contracts at CERN and their industry is entitled to bid for CERN contracts.

CERN operations could be affected as a result. Currently, Russia is one of the largest user groups of CERN and participating to projectsExternal link, including the world’s most powerful particle accelerator, the Large Hadron Collider (LHC).

Measures have been tightening and CERN projects might be delayed. On March 25, participation of scientists in joint projects and events with Russia and Belarus was suspended or cancelled. So far, over 1,100 scientists from 27 Russian academic and scientific institutions were participating in CERN's programmes.

“The scientific impact is currently under study and we will aim to minimise impact on our researchers and on science,” a CERN spokesperson told SWI swissinfo.ch.

While it’s too soon to assess the impact of the war on UN institutions, tensions are reminiscent of those before the Second World War. In the 1930s, after Japan’s invasion of Manchuria, and the invasion of Finland by the Soviet Union, some isolated member states -- notably those with fascist governments, Italy, Germany, -- withdrew or were expelled from the League of Nations in Geneva, the UN’s predecessor.

With the UN Security Council unable to stop the war in Ukraine or even impose a ceasefire, because of Russia’s veto, it appears the UN is failing to fulfill its purpose of maintaining international peace. The West has imposed severe economic sanctions against Russia but they are, so far, not stopping the war. The global political climate is as tense as it was almost a century ago.

“The Soviet Union played a role in the United Nations in Geneva, and this facilitated the end of the Cold War. I think the war in Ukraine can be ended only by the negotiation between Ukraine and Russia.”

Update: The article was published on March 25 at 9:00, updated on March 28 with a response from CERN.