Switzerland has thrived as a “friend with benefits” of the European Union. But the idea – currently haunting the British media – that the UK could go Swiss is daft, for four reasons. An open letter from island to island. 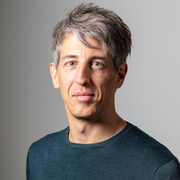 More from this author | German Department
With input from Sibilla Bondolfi

Didn’t you just say ‘yes’ to an insular existence in Europe? And now 56% of you think Brexit was a mistake and only 32% are still unshaken in their belief in abandoning the European idea.

And didn’t your former prime minister Boris Johnson once dream of a “Britzerland” in a right-wing Swiss news magazine? But now that the discussion about the “Swiss way” is taking shape in your equally conservative government, as the Sunday Times claimsExternal link, denial follows denial. The Foreign Office has rejected various media reports as “categorically untrue”.

Would the Swiss model suit a post-Brexit Britain?

This content was published on Mar 29, 2018 Mar 29, 2018 After British voters' decision to leave the EU, should post-Brexit negotiations be based on Switzerland’s bilateral treaties with Brussels?

Not that everything is plain sailing for Switzerland. We came up with the idea of a framework agreement with the EU, agreed a proposal on it – and then rejected it. In 2022 there was an embarrassing silence between Switzerland and the EU. Relationship status: It’s complicated. Can such a country be a role model?

Brussels likes to portray the Swiss as cherry-pickers, helping themselves to the benefits of the EU at will without sharing in the obligations. This is an exaggeration. The deal with the EU was always a quid pro quo: barrier-free market access was and is only available at the price of the free movement of persons.

Switzerland has almost nine million inhabitants, a quarter of whom do not hold a Swiss passport, whereas more than 400 million people live in the EU. And wages are as high as the Alps: the average income of a Swiss household is €11,000 (CHF10,800) a month. It is thus clear in which direction the forces of migration are working.

This content was published on Dec 28, 2020 Dec 28, 2020 Britain has finally negotiated a deal with the European Union. Some Swiss voices are now calling for Switzerland to get the same.

EU law and EU norms are followed autonomously in Switzerland. Hidden behind the term is the loss of sovereignty, at least according to critics. Although Switzerland has the option of shaping its law independently, it is often forced to follow the EU for economic and trade policy reasons. The Swiss border is made of wafer-thin paper.

We could list other things. The cross-border business of the Swiss financial centre is systematically hampered in the EU. Meanwhile, the so-called cohesion billion, the Swiss contribution to the structural development of the EU, flows unhindered across the border. We are paying members without having a say, and we’ll remain so until further notice. After the failure of the framework agreement, the EU made it clear that the contribution is owed on a regular basis.

Another argument against the Swiss model is the fact that there isn’t one anymore. Bilateral relations are in agony. They have been for years. Since the EU came out against the continuation of the bilateral agreements and demanded an institutional framework agreement, it has taken a hard line.

A satirical ‘Message from Switzerland’ to the British people after Brexit (SRF, Deville, 30.11.2018):

Dear Brits, it was your cravings for autonomy that created the need to discipline us and thus stoke the fear of Brexit. And after your “farewell” it was all the more necessary to promote discipline and goodwill in the EU’s own ranks by coming down hard on third countries. Switzerland could no longer find its way out of its corner.

A year-and-a-half ago the liberating blow came – to nothing. The government unilaterally ended negotiations on the framework agreement after seven damned years. The Swiss, those masters of compromise, couldn’t reach an agreement. Not with the EU. Not even among themselves.

This content was published on May 26, 2021 May 26, 2021 Citing “substantial differences”, the government has decided not to move ahead with a controversial institutional agreement on relations with the EU.

Right-wing forces warned about the effects of immigration on the Swiss social security system and about “foreign judges”, referring to the EU’s claim to have the last word in legal disputes with Switzerland. For parties on the left and trade unions, the negotiated measures on wage protection remained unacceptable. The positions were and are cast in cement. The Swiss model has run its course.

Fourth, do you want to be picked on in the playground?

The global powers like to treat the EU like the schoolboy who is not allowed to sit at the big table. In its own playground, however, it is the bully. After the failure of the framework agreement, the EU let the recognition of the equivalence of the Swiss stock exchanges expire, without any objective reasons. It was a warning shot across the bow. After Brexit the UK recognised the Swiss stock exchange again – much obliged! But can this be our shared fate, a tandem of two islands?

The EU has also locked Switzerland out of Horizon Europe, the largest research programme in the world. This is a punitive measure after Switzerland walked away from the negotiations on the framework agreement, and it hits us where it hurts: in innovation. What else is left for Switzerland after the abolition of banking secrecy and the international hunt for tax havens?

Multi-millionaires against the EU - a bet with an unknown outcome

This content was published on Apr 13, 2021 Apr 13, 2021 What do Brexiteers and Swiss EU opponents have in common? Among their ranks are wealthy entrepreneurs and asset managers.

The new European power politics is not elegant. It is perfidious. I’m sure you already know a thing or two about it. The border with Ireland and the movement of goods and people there is your Achilles’ heel, as Brussels well knows.

We Swiss are now talking to the EU again and have a new term that stands for a rapprochement: package solution. We’ll see whether Brussels and Bern understand the same thing by this.

We will continue to team up with you in the playground, dear Brits. No question. But our model has led us into the crook of the EU’s arm, and we can’t show you the way out of the headlock. So bury the dream of the Swiss model!

Translated from German by Thomas Stephens