Switzerland is facing calls to clean up its financial sector in the wake of the so-called “Suisse Secrets” controversy, which drew on leaked data from banking giant Credit Suisse. Many see the scandal as evidence of systemic shortcoming in the Swiss banking sector, which has undergone major reforms over recent years in a bid to shake off its image as a financial haven for criminals. 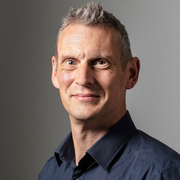 The calls for reform have come from at home and abroad. In Switzerland, the left leaning Social Democrats and Green Party have called for anti-money laundering laws to be beefed up and for the financial regulator to be given the power to fine banks if they fail to perform adequate AML checks. Europe’s top parliamentary group wants to put Switzerland on a “blacklist” of high-risk finance hubs.

On Sunday, a global investigation by more than 40 news outlets said it had uncovered accounts at Credit Suisse allegedly held by corrupt officials, criminals and human rights abusersExternal link. The bank has denied wrongdoing, saying the allegations relate to historical client ties and that the majority of accounts have already been closed down.

This did little to dampen furious reaction from some Swiss politicians. “Swiss banks continue to do business with dictators, autocrats and criminals,” tweeted the Green Party.

Social Democrat politicians called for more sanctions to be levied against misbehaving banks and repeated demands for the beneficial owners of opaque financial structures to be made public.

But Olivier Feller of the centre-right Radical Party said there was no need for a knee-jerk revision of legislation. “I don't think you can say we need to make new laws based on this data,” he told Swiss public broadcaster SRF.

Further afield the European People’s Party, the largest group in the European Parliament, demanded that the European Commission "re-evaluate Switzerland as high-risk money-laundering country" – or in other words, place Switzerland on a black list on non-compliant financial centres.

“The Swiss Secrets findings point to massive shortcomings of Swiss Banks when it comes to the prevention of money laundering,” said the party's coordinator on economic affairs, Markus Ferber. “When Swiss banks fail to apply international anti-money laundering standards properly, Switzerland itself becomes a high-risk jurisdiction.”

But there are some voices in Switzerland who speak about an unfair attack on Swiss banks that is laced with a large dose of hypocrisy.

Swiss Bankers Association CEO Jürg Gasser accused the media of “emotionally charged reporting” that ignored the behaviour of other countries.

He pointed out that the United States still refuses to automatically exchange tax data and accused some US states as acting as offshore havens for foreign firms. Gasser also alluded to France and Germany battling to “emerge as winners” in a power struggle to grab taxes that are being lost in Britain due to Brexit.

“Creating a media narrative that gives the impression that Credit Suisse…is causing the evil in this world builds a story that looks for someone to blame and denies responsibility in other places,” Gasser wrote. “Even if there were companies that had such global historical power, it would probably not be a Swiss bank.”

In a podcast, Roger Köppel of the rightwing Swiss People’s Party, who is also editor-in-chief of the Weltwoche magazine, took aim at the “completely unqualified allegations of a left-wing journalistic cartel” focused on “nebulous, sweeping disparagement”.

The Financial Market Supervisory Authority (Finma) said it is in contact with Credit Suisse while the federal prosecutor’s office said it had taken note of the media allegations. Neither body is willing to comment further at this stage.

“Switzerland meets all international standards on the exchange of information in tax matters and on fighting against money laundering, terrorist financing and corruption,” stated the State Secretariat for International Finance.