Switzerland has announced the lifting of all remaining Covid-19 pandemic restrictions as of April 1. While new infections remain high, fears have subsided that this will lead to widespread hospitalisations that could overwhelm the healthcare system.

After two years of daily monitoring of the pandemic, we have decided, in view of the lifting of pandemic restrictions in Switzerland, that we will no longer follow news on the pandemic as closely. This article will therefore not be updated regularly.

This content was published on Apr 5, 2022 Apr 5, 2022 Here is an overview of the most important Swiss-related coronavirus data and graphs, which are updated automatically.

As of April 1, there are no more pandemic restrictions. On March 30, the government announced that the last remaining restrictions would be dropped, specifically the mask requirement in public transportation and health facilities, and the mandatory five-day isolation requirement after a positive coronavirus test.

Since February 17, people in Switzerland no longer have had to show a Covid certificate to enter bars, restaurants, and other indoor venues such as sports facilities, theatres or concert halls. Covid certificates are still provided by the government for travel.

There is also no further restrictions on the size of private gatherings in Switzerland and large events no longer have to apply for authorisation.

Masks are no longer mandatory in schools, shops, concert halls or at work but are still required in public transport and at healthcare facilities until April 1. Mandatory five-day isolation of people who have tested positive for Covid-19 also remains in effect until the end of March.

From December 20External link to February 17, only people who had been vaccinated or recovered from Covid-19 were able to enter restaurants, cultural, sporting and leisure venues and attend indoor events (the “2G rule”). Masks also had to be worn in these settings and food and drink could only be consumed when seated.

The number of new coronavirus infections rose steeply from mid-October 2021 as colder weather brought more people inside and the more-contagious Omicron variant spread. On February 8, health experts announced that the number of new infections had peaked.

“The epidemiological situation continues to develop positively,” the government said on February 16. “Thanks to the high level of immunity in the population, it is unlikely that the healthcare system will be overloaded despite the continued high level of virus circulation. Thus, the conditions are in place for a rapid normalisation of social and economic life.”

After falling steadily from a peak in late January, the number of new cases started rising again from mid-February until mid-March. Switzerland continues to experience high daily infection figures.

More than 90% of Switzerland's population of 8.6 million people have gained protection from the virus, having either recovered from Covid-19 or been vaccinated. Despite tens of thousands of new infections reported daily, the healthcare system has held up well and the occupancy of intensive care units has declined.

So far, three have been approved and rolled out: Pfizer/BioNTech and Moderna, both of which have also been approved for use on teenagers aged 12 and older. The single-dose Janssen vaccine produced by Johnson & Johnson is also available.

Authorities have ordered some 36 million vaccine doses from Pfizer/BioNTech, Moderna, AstraZeneca, Curevac and Novavax for the population of 8.6 million. In August the government signed another deal with Pfizer/BioNTech to supply vaccines for the next two years.

The Swiss health authorities have recommended extending anti-Covid vaccinations to children aged between five and 11. This should be introduced from January, officials said.

The medicines regulator first authorised booster shots for vulnerable groups and people over 65 but has since extended boosters to anyone aged over 16. Booster shots from all three approved vaccines have also been authorised by Swissmedic as of December 27.

Masks are compulsory on public transport and at healthcare facilities.

Anyone aged 12 or older travelling on trains, trams, buses, mountain railways, cable cars and ships must wear face masks. Railways conductors can ask anyone not wearing a mask to leave the train; anyone refusing will be fined. Passengers on planes must also mask up.

The government adopted an extended testing strategy along with a contact-tracing concept as it moved to ease social distancing measures. Swiss residents can also download the SwissCovid smartphone app, a contact-tracing system. This will also be phased out on April 1.

The government covers the costs of certain Covid-19 tests leading to a Covid certificate, as approved by parliament. Rapid antigen tests and saliva PCR pool tests (mass testing such as used in schools) are covered. Self-tests, individual PCR tests and antibody tests are not covered (although individual PCR tests are free for people with symptoms, are close contacts or were part of a positive test pool).

Travel to and from Switzerland

Check on the official government TravelcheckExternal link or State Secretariat for MigrationExternal link (SEM) websites to see if you are allowed to enter Switzerland.

Since February 17, health-related measures for people entering the country have been lifted. It is no longer necessary to provide proof of vaccination, recovery or a negative test or complete an entry form, the government said on February 16External link.

The SEM has confirmed that the government's decision to lift the health-related measures at the border on entry as of February 17 "does not change the continuing pandemic-related entry requirements for third-country nationals. The Travelcheck site is still valid".

The Federal Office of Public Health has detailed information on entering SwitzerlandExternal link.

Swiss travellers planning to go abroad are advised to check entry conditions in the destination country or region. The foreign ministry has guidelines around travelling abroad during the pandemic, available hereExternal link in German, French, and Italian.

This content was published on Mar 16, 2021 Mar 16, 2021 People in Switzerland have been living under the shadow of coronavirus restrictions for a year now. How has life changed?

Anyone who has a Swiss passport or a valid Swiss residence permit can enter Switzerland at any time.

Under the Swiss Abroad Act, External linkSwiss nationals living abroad cannot claim the right to an organised departure from a crisis area.

All Swiss representations abroad remain accessible to Swiss citizens, and its helpline of the ministry is operationalExternal link.

The government has set aside more than CHF65 billion ($70.6 billion) to support the economy, as a large part of activity in the country came to a standstill in 2020-2021. Some CHF40 billion was made available in emergency loans for struggling companies. The government has also presented a plan to offer additional loans totalling up to CHF154 million for start-ups. 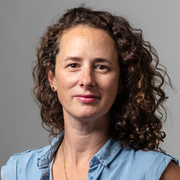 One year on, how has your life changed because of Covid-19?

It's been one year since the first coronavirus case was reported in Switzerland. How has your life changed?

The promised economic package provides relief for companies with liquidity problems to obtain transitional bank loans. Companies hit by the crisis can defer payment of social insurance contributions temporarily and without interest. These measures also apply to self-employed persons whose turnover has fallen.

The government also threw a lifeline to businesses threatened by bankruptcy. Firms can delay declaring their financial difficulties to the courts, with smaller companies being given at least a three-month grace period to pay off their debts.

There is also money to cover the imposition of short-time work at firms while other funds have been set aside for hardship loans and to support specific sectors such as event management. Around CHF1.6 billion in such hardship loans had been paid out to almost 20,000 companies by the beginning of April, according to the economics ministry. Partial unemployment claims have increased sharply due to the pandemic and are expected to continue to rise.

The government agreed an additional CHF14.2 billion in financing for unemployment insurance, announcing it would begin easing out extraordinary measures granting unemployment and short-term work benefits to more people.

Following concerns voiced by the sports sector, the government also allocated CHF500 million for sports leagues, associations and organisations in the country. Among the biggest beneficiaries are the professional football and ice hockey leagues, which could receive as much as CHF350 million to shore up the 2020-2021 season.

Where can I find further information on the implications of Covid-19?

SWI swissinfo.ch is keeping this story updated regularly with numbers of confirmed cases and deaths, as well as any new significant measures taken by the cantonal and federal authorities.

Unfortunately, we cannot research and answer individual questions. Please check the following official federal websites for the most accurate and up-to-date information.

The State Secretariat for MigrationExternal link: updated information on the situation at Swiss borders, with a helpline to answer questions about reasons for the refusal of entry into Switzerland and exceptions.

The Swiss foreign ministryExternal link: information in French, German and Italian about the situation regarding foreign travel and the steps to be followed by Swiss citizens going abroad.

The Federal Office of Public Health (FOPH)External link: live updates of the national situation, as well as recommendations, public safety measures, and details of upcoming announcements.

The World Health Organization (WHO)External link: information on the origins and nature of Covid-19, as well as the global situation and travel advice.

Johns Hopkins UniversityExternal link: a global map that tracks the number of cases and fatalities by country.