Business and human rights experts argue that Switzerland should seize the opportunity to require responsible sourcing of cobalt, an in-demand mineral whose risks to human rights are often overlooked. 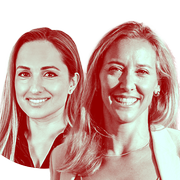 The government is holding consultations on a new law to hold companies accountable for the adverse impact of their operations on people after the Responsible Business Initiative failed at the ballot box last year.

The scope of the due diligence duty under the new law is much narrower than the original initiative in that it only requires companies trading or processing metals and minerals to conduct human rights due diligence if the products come from “conflict and high-risk areas” or where “child labour may be involved”. This duty applies to 23 byproducts listed in the annex including the so-called “conflict minerals” of tin, tantalum, tungsten, and gold (also known as the 3TG).

Yet cobalt, arguably the hottest commodity for many years to come, is not on the list. It should be.

The Responsible Business Initiative: what’s next?

The Swiss Responsible Business Initiative was rejected by the cantons in November 2020 despite winning 50.7% of the popular vote in a public referendum. In the Swiss legislative system, a majority of both the popular vote and cantonal vote is needed for an initiative to pass and the rejection of an initiative qualifies the counterproposal to automatically enter into force following a consultation period.

The public consultation period for this legislative proposal will end on July 14, and if approved the final text will enter into force on January 1, 2022.

In addition to the human rights due diligence obligation for Swiss companies engaged in the trade or processing of certain metals and minerals, the counterproposal stipulates a binding law that requires Swiss “public interest companies” with over 500 employees and an annual revenue of over CHF 40 million to issue non-financial reporting. The failure to comply with this reporting requirement can result in fines up to CHF100,000 ($111,000).

Discussions are also underway in several European countries and at an EU level to establish laws on mandatory human rights due diligence.

Cobalt is a critical component in lithium-ion batteries that power electronic devices and electric vehicles. Accelerated by investments in clean mobility and climate change targets, electric vehicle sales are rapidly climbing, leading to a dramatic increase in demand for cobalt.

Despite the pandemic’s negative impact on the market, global sales of electric vehicles rose by 40% in 2020 and more than doubled in the first quarter of 2021 while the price of cobalt experienced a 60% spike already this year. The International Energy Agency expects cobalt demand to surge to between six and 30 times current levels by 2040.

While several automakers are investing in technologies to produce cobalt-free batteries, these alternatives are expected to be used in less than 20% of the electric vehicles sold over the next decade.

Cobalt is a strategic mineral in the transition to green energy. But it is also linked to serious human rights violations.

Over two-thirds of the world’s cobalt originates from the Democratic Republic of the Congo (DRC), a country that is explicitly designated as a “conflict-affected and high-risk area” by the EU Conflict Minerals Regulation and the United States’ Dodd-Frank consumer protection act.

Cobalt hasn’t been designated a “conflict mineral” like gold by US and European regulators because it isn’t sourced from a “conflict area” such as the eastern parts of the DRC that are controlled by rebel groups.

But cobalt is being mined in another “high-risk area” with well-known child labour and mine safety issues that warrant comparable scrutiny. In 2016, Amnesty International published a report outlining the use of child labour in artisanal and small-scale cobalt mines and other examples of unsafe working conditions in those mines.

This content was published on Dec 20, 2019 Dec 20, 2019 Swiss mining giant Glencore is at the center of a US legal case against Big Tech linked to child labour in the Democratic Republic of Congo.

Since then, a series of fatal mining accidents have occurred in Congolese cobalt mines. One accident happened in 2019 where artisanal miners were operating on a concession allocated to an industrial mining operation owned by the Swiss-Anglo firm Glencore, killing 42 miners.

These are not isolated cases. Accidents occur frequently in small-scale and artisanal cobalt mines in the DRC.

At least 43 dead in Congo mine of Glencore subsidiary

This content was published on Jun 29, 2019 Jun 29, 2019 At least 40 people were killed on Thursday in the DRC when two galleries collapsed in a mine run by the Kamoto Copper Company.

Swiss responsibility as a commodities hub

Incorporating cobalt into the new law is particularly important in the Swiss context as Switzerland is home to two of the largest players in the global cobalt supply chain, Glencore and Trafigura.

As traders of Congolese cobalt, both companies are well-aware of the human rights challenges in the country’s cobalt mines and are trying to address the issues.

Including cobalt in the law wouldn’t stigmatise Congolese cobalt, an alleged consequence of the Dodd Frank conflict mineral legislation in the US that led some companies to avoid sourcing 3TG from the DRC.  Nor would it incentivise companies to engineer cobalt out of their products. On the contrary, it should promote responsible sourcing practices and strengthen existing efforts of companies and the Congolese government, including the EGC, to address human rights violations in the battery supply chain. It also should provide companies already adopting responsible sourcing in the DRC a competitive advantage.

By requiring human rights due diligence for cobalt, the Swiss counterproposal can reinforce the Congolese government’s efforts to formalise artisanal cobalt production. It can also reassure buyers that Congolese cobalt is responsibly sourced and elevate its market acceptance. In concrete terms, this due diligence obligation would require companies involved in the cobalt supply chain, from mining companies to traders, refiners, and downstream companies, to collaborate with each other and with civil society organizations, governments, and academia to develop a single set of measurable standards and metrics that will help address human rights risks.

Such a collaborative multi-stakeholder platform already exists under the Global Battery Alliance, an initiative that was launched through the World Economic Forum. A Swiss law that is inclusive of cobalt can provide critical incentives for the local implementation of such standards.

If Switzerland doesn’t include cobalt in the new law, it will also be out of step with its neighbours. The EU has already proposed regulation on batteries (EU 2019/2020), which is expected to become another part of an EU-wide, legally binding regulatory system on corporate accountability by the end of the year.

It requires mandatory supply chain due diligence for metals and minerals used in battery manufacturing, including for cobalt.

With consultations on the Swiss law ending in mid-July, now is the time for the government to ensure future mobility is not only clean but also respectful of human rights.

Correction: This article has been updated to clarify that the accident that killed 42 miners was where artisanal miners were working on an industrial mining concession owned by Glencore.

SWI swissinfo.ch publishes op-ed articles by contributors writing on a wide range of topics – Swiss issues or those that impact Switzerland. The selection of articles presents a diversity of opinions designed to enrich the debate on the issues discussed. If you would like to submit an idea for an opinion piece, please e-mail english@swissinfo.ch