You no longer need a watch to know what time it is. So why is the Swiss watch-making industry not only surviving, but thriving? 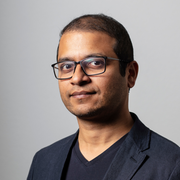 Laurent Favre is one person who has an answer. A tenth-generation member of the Favre & Fils watchmaking family, his company’s latest product is a watch that will also serve as a cryptocurrency wallet. A prototype for the CHF 100,000 watch is in the works. Will a bet on new technology pay off for a traditional company that traces its roots to 1718?

“It’s a bit like figuring out the future of steam engines in the age of electric trains,” he told swissinfo.ch for a recent report. “You have to keep adding relevant features that advance the design.”

The traditional Swiss watchmaking industry has come back from the brink many a time despite predictions of its imminent demise. It has lived with the constant threat of disruption for decades and has had to learn to adapt to new technologies.

Unlike the British watchmaking industry that died out long ago, the Swiss makers survived the advent of American-inspired factory production in the 19th century by emulating its ways.

Another significant challenge was the Quartz crisis of the 1970s. Even though the technology for Quartz watches was invented in Switzerland, it did not find favour with Swiss watchmakers.

Japanese competitors, like Seiko, embraced Quartz movements, thus providing watches that were cheaper and more accurate than anything the Swiss could produce. Several Swiss companies did not survive the disruption. Still, an answer to the Quartz was eventually found in the form of Swatch watches.

Ticking for 50 years: The quartz watch

This content was published on Aug 29, 2017 Aug 29, 2017 The quartz watch, a Swiss invention subsequently commercialized and mass-marketed by Japanese companies, celebrates its 50th birthday this month.

A more recent challenge was the launch of the Apple Watch and other smart devices that, although not their strongest selling point, also tell the time. Many predicted that smartwatches would dominate the watch market given Apple’s trendsetting success with the iPhone. So far, only Swiss watchmakers producing more affordable timepieces dipped their toes in this new segment with most preferring to stick to what they know best.

Smartwatches: a ticking timebomb for watchmakers?

This content was published on Dec 3, 2013 Dec 3, 2013 Forty years after Japanese quartz watches brought the Swiss watch industry to its knees, the sector faces a new challenge in the “smartwatch”.

New political and economic realities in major markets like China and Russia made a dent on sales. In China, a crackdown on corruption included a ban on party officials accepting gifts like luxury watches. In Russia, worsening economic prospects did not help either.

Is Swiss watchmaking’s China boom over?

This content was published on Mar 26, 2014 Mar 26, 2014 Slower economic growth and a Chinese government anti-corruption campaign have cast a shadow over Swiss watch exports to China.

Some threats were internal too. For over a decade the Swatch Group has wanted to stop supplying mechanism by its unit ETA – a workhorse watch movement popular among affordable brands – to its competitors. The anti-monopoly commission at first objected and then backed down, but by then the company had changed its own mind.

The uncertainty over the outcome of this tussle has made smaller watchmakers, who rely on ETA movements, anxious over the future supply of these crucial elements.

Other companies in the sector say that they are struggling to cope with more stringent “Swiss Made” label requirements imposed by parliament starting in 2017. Under the updated legislation, the minimum threshold of domestically produced parts rose from 50% to 60%. This is likely to make Swiss watches at the lower price range more expensive and hence more vulnerable to cheaper competition.

Hunting for the cheapest mechanical watch in Baselworld

This content was published on Mar 28, 2019 Mar 28, 2019 The world’s biggest watch fair is where new luxury watches are launched. swissinfo.ch went looking for low-budget alternatives.

There is also a danger of a vicious circle taking hold as part of a trend where fewer but more expensive Swiss watches are being sold. Lack of scale could make it difficult for the industry to raise the money needed to pay for innovation.

This content was published on Aug 26, 2013 Aug 26, 2013 A ruling by the Swiss competition watchdog is set to prolong a bitter battle among watchmakers over the delivery of moving parts.

The Covid-19 pandemic has not helped matters. The very existence of the world’s biggest watch fair Baselworld is under threat due to the exodus of exhibitors following the cancellation of the 2020 edition. Around 40,000 employees in the Swiss watch industry are on partial employment to cut costs and exports in 2020 are expected to decline by 25% - more than during the quartz crisis in 1975 or subprime mortgage recession of 2009.

This content was published on May 11, 2020 May 11, 2020 Switzerland’s watchmaking industry is likely to suffer the worst crisis of its history in 2020. But experts are confident it can recover.

Despite all the problems, the Swiss watch industry’s “wait and watch” policy has enabled it to weather a lot of storms and avoid succumbing to fads. Mechanical timepieces made in Switzerland remain a status symbol as evidenced by a thriving fake and grey market.

This content was published on Mar 16, 2016 Mar 16, 2016 Destocking new watches and selling them through alternative channels is a taboo subject in the Swiss watchmaking industry.

Swiss watches are still highly coveted, even if they’re no longer needed to tell the time.

Six things you should know about the watchmaking industry

This content was published on Mar 22, 2017 Mar 22, 2017 Why is Switzerland so dominant in this sector? How many Swiss watchmakers are there? Is Rolex the best known brand?