The latest United Nations report on mitigating climate change looks at negative emissions technologies. Switzerland plays a pioneering role in the removal of CO2 from the atmosphere, a tempting option that’s not without its detractors. 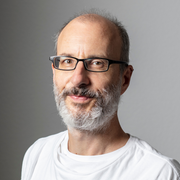 To achieve climate neutrality by 2050, it will not be enough to reduce greenhouse gas emissions and replace fossil fuels with renewable sources of energy. It will also be necessary to remove billions of tonnes of CO2 from the atmosphere.

The latest report of the UN Intergovernmental Panel on Climate Change (IPCCExternal link), released today, focuses on options for limiting and preventing emissions. Among the most innovative solutions – but also the most controversial – are the capture and permanent removal of CO2 from the atmosphere.

The Intergovernmental Panel on Climate Change (IPCC) is based in Geneva and includes 195 member states. It is organised in three working groups dealing with different aspects of climate change. Working group I (WGI) deals with the scientific basis; WGII assesses impacts on natural systems and options for adaptation; and WGIII looks at mitigation (reduction of greenhouse gases).

The report published on April 4 comes from WGIII and represents the third installment of the Sixth Assessment report of the IPCC. Part 1 was published in August 2021, and part 2 in February 2022.

These reports are important because they form the basis on which national and international climate policies are developed.

What are negative emissions technologies?

How is CO2 extracted from the atmosphere?

There are basically two approaches. The first, an organic one, makes use of the natural capacity of trees and vegetation to capture and store CO2 by means of photosynthesis. Examples of organic removal of carbon dioxide are reforestation and agricultural practices that bury the carbon in the ground.

The second approach consists of technological solutions to extract CO2 directly from the air (Direct Air Capture or DAC) and either storing it permanently or using it for some other purpose.

This animation shows the functioning of the CO2 “vacuum cleaner” developed by the Swiss company Climeworks, a global leader in DAC technologies:

CO2 can also be captured where it is produced – for example, in factories, coal-fired power plants or incinerators (Carbon Capture and Storage or CCS). This, however, does not lead to "negative emissions”, since the operators of these sites do not remove CO2 from the atmosphere, but just prevent the gas from being released.

To arrive at a negative result, the CCS approach needs to be combined with the production of energy from biomass (Bio-Energy with Carbon Capture and Storage or BECCS). This system involves cultivating trees and plants – which extract CO2 from the atmosphere as they grow – burning them in a power plant, and then capturing and permanently storing the CO2 released during the process.

What can be done with CO2 removed from the atmosphere?

One option would be "recycle it", using it in the food and beverage industry, in agriculture, power generation, or the production of synthetic hydrocarbons. The federal technology institute ETH Zurich has built a prototype refinery using solar energy and CO2 to produce sustainable fuels. Synhelion, a spin-off of ETH Zurich that is commercialising the technology for producing solar fuels from CO2, has just entered into an agreement with SWISS to supply the airline with sustainable kerosene.

This content was published on Dec 7, 2021 Dec 7, 2021 Swiss scientists have built a mini solar refinery that produces synthetic fuel from just sunlight and air. The technology is now being scaled up.

However, in order to achieve climate neutrality in the next 30 years, carbon dioxide will have to be stored in a permanent fashion. Underground storage, such as in exhausted gas or petroleum deposits or in saline aquifers (rock deposits containing brine), is one promising solution.

How much CO2 is captured and removed each year?

Facilities to capture CO2 generated by industry (the CCS approach) have been around since the 1970s. There are 27 of these currently operating, half of them in the United States. They are able to capture over 40 million tonnes of CO2 per year, which is about 0.1% of global emissions, according to the International EnergyExternal link Agency (IEA).

There are now 19 DAC facilities in the world. Together they have the capacity to remove 10,000 tonnes of CO2 from the atmosphere each year. The largest of these in the world was inaugurated in 2021 by the Swiss company Climeworks and the Icelandic company Carbfix. Situated outside Reykjavik, it can filter up to 4,000 tonnes of CO2 per year, which is equivalent to the average emissions of 600 people in Europe.

This content was published on Sep 10, 2021 Sep 10, 2021 Climeworks has just opened in Iceland the world’s largest plant for the capture and permanent storage of CO2 from the air.

What’s the potential of CO2 capture and removal?

Philippe Thalmann and Sascha Nick of the Federal Institute of Technology Lausanne (EPFL) believe that these approaches have the potential to eliminate 5-10% of current emissions. In other words, the potential is limited. But CO2 capture and removal can still contribute to achieving climate neutrality by mid-century, as the two scientists pointed out in a recent paperExternal link.

Why is support for these technologies not unanimous?

Some environmental groupsExternal link as well as certain members of the scientific community do not see these technologies as a real solution to the climate problem. They point to the high costs and the significant consumption of energy involved, the environmental impact and the complexity of the process – and not least the transport of CO2 to storage sites. Above all, those opposed fear that these technologies could be used to justify continuing to burn coal and oil and thus prolong our dependence on fossil fuels. They believe that the cheapest and most urgent solution – and probably the simplest as well – is to just stop emitting CO2.

This content was published on Mar 14, 2019 Mar 14, 2019 Technologies that block solar radiation or remove CO2 could help tackle global warming. Switzerland is hoping the global community will explore them.

Swiss solutions for storing the energy of tomorrow

The global challenge is not only to produce more energy from renewable sources, but also to store it efficiently and sustainably.