Michelle Bachelet twice surprised United Nations observers in recent weeks. She announced that she will not seek a second term as the High Commissioner for Human Rights, and that she will publish her long-awaited report on China before her term ends. 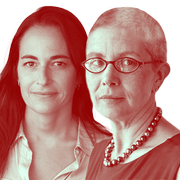 When Bachelet visited China in May, the first trip by a UN High Commissioner for Human Rights to the country in 17 years, she had an opportunity to bring global attention to the Chinese government’s egregious human rights violations. Instead, she failed to condemn the government’s mass repression of the Uyghur ethnic community, its longstanding oppression in Tibet, and the attack on fundamental freedoms in Hong Kong. Her visit provided the Chinese Communist Party with ammunition to deny its abuses and damaged recent efforts by activists and governments to push for justice.

This content was published on Jun 13, 2022 Jun 13, 2022 The United Nations High Commissioner for Human Rights, Michelle Bachelet, will not seek re-election for another term.

The trip badly damaged Bachelet’s credibility. Access to countries led by repressive leaders can be important. But it was harmful that she openly ignored her mandate and turned her back on victims.

Bachelet adopted a similar approach to Venezuela. Although she established an in-country office that has provided support to some victims, she has made remarkably mild public statements about the government’s grave abuses, which have led the International Criminal Court prosecutor to open an investigation into possible crimes against humanity.

But her failure to call out abusers has never been as flagrant as in her China trip.

At the end of her visit, Bachelet said it “would be presumptuous” to “try to encapsulate the full complexity of this vast country’s human rights situation in one statement”.

It isn’t so difficult. In 2014, the Chinese government initiatedExternal link a “Strike Hard Campaign against Violent Extremism” against Uyghurs and other Turkic populations in the Xinjiang region. This campaign involves mass arbitrary detention and surveillance, torture, cultural persecution including destruction of historic and religious sites, and other widespread and systematic abuses that amount to crimes against humanity.

The Chinese government has also long sought to systematically eradicate Tibetans’ cultural, linguistic, and religious freedoms, and, more recently, to erase the Hong Kong peoples’ human rights and more open society. Across the country, the authorities silence, arbitrarily detain, and prosecute human rights defenders or drive them into exile. They use high-tech surveillance to detect and squelch criticism.

While Bachelet flagged concerns about penalties against lawyers and human rights defenders, and about one of many forms of arbitrary detention, she praised the government’s legislative and judicial reforms without noting its authoritarian manipulation of the legal system. Bachelet also urged Chinese authorities to use “[multilateral] leverage to bring political solutions” to global challenges. But Beijing’s refusal to condemn Russia’s atrocities in Ukraine and the Myanmar military’s bloody crackdown since the 2021 coupExternal link, and China’s broader efforts to undermine the UN human rights system has been counterproductive to addressing global human rights crises.

UN rights chief in China: walking a tightrope between engagement and risk

This content was published on Jun 1, 2022 Jun 1, 2022 Has UN High Commissioner for Human Rights Michelle Bachelet's visit to China achieved anything, or has she put her credibility at risk?

Perhaps most disturbing was Bachelet’s failure in China to set out any prospect of justice for victims and survivors. She agreed to an “annual senior strategic meeting” and a “working group” – doubtless what Beijing hoped for because they have proven useless for meaningful accountability. Shamefully, she proposed no consultations with victims’ groups. Unsurprisingly, some Uyghur groupsExternal link and othersExternal link affected called for her resignation.

She can still salvage her legacy before ending her term. She should release the report on abuses in Xinjiang immediately, speak out clearly about the scope and widespread and systematic nature of the Chinese government’s abuses, and call for the release of all those wrongfully detained. She should also engage in regular dialogue with Uyghur and Tibetan groups and Chinese human rights defenders.

If she doesn’t do so, Bachelet’s successor should move quickly to undo the harm. In addition to advancing an investigation into Beijing’s crimes against humanity, the next high commissioner should work to ensure the proper implementation of a Human Rights Council mechanism on China. The next high commissioner should also commit to assessing the ways the Chinese government seeks to weaken the UN’s human rights system, which range from undermining norms to rejecting all criticism as politicised.

UN human rights institutions are only as strong as their willingness to stand up to the most powerful members. The next high commissioner should undo the damage by Bachelet’s visit to China and not flinch from speaking out against Beijing’s abuses.