The World Health Organization should allow for greater civil society participation to ensure that human rights are taken into account during pandemic treaty negotiations. 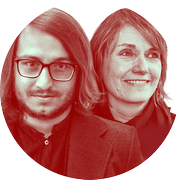 Timothy Fish Hodgson is legal adviser on economic, social, and cultural rights at the International Commission of Jurists. Sara L.M. Davis is senior researcher at the Global Health Centre, Graduate Institute Geneva, and principal investigator of the Digital Health and Rights Project. Her latest book is The Uncounted: Politics of Data in Global Health (Cambridge University Press, 2020).

Over the last few days, social media has erupted in a furore over the World Health Organization’s (WHO) plans to develop a “pandemic treaty”. Some speculate that the WHO would use the treaty to “gain full control”, overrule national public health laws, and impose lockdowns, travel restrictions, and censorship.

While we understand those concerns, we do not share them. In practice, UN agencies, including the WHO, operate as membership organisations of member states. They are unable to impose laws and policies that run roughshod over national sovereignty. States are parties to many treaties, and they do not always uphold them. Where they do, they have discretion and latitude as to exactly how they ensure compliance with their treaty obligations.

Nevertheless, this social media uproar, and the threat of a campaign against the proposed treaty, might have been partly avoided if the WHO had conducted the negotiation process with greater openness through a process of wide public consultation. Indeed, as members of the Civil Society Alliance for Human Rights in the Pandemic TreatyExternal link (the Alliance), we have argued for full, meaningful, and effective consultation since last year.

Broad consultation would strengthen any future laws, ensuring states respect, protect, and fulfil human rights and freedoms. While some oppose the proposed treaty based on its perceived threat to democracy, we argue it is precisely the damage done to democracies around the world in the name of responses to the Covid-19 pandemic that necessitates a better, clearer, and more democratic way forward.

Many countries across the world used the pandemic as an excuse to use or deepen state repression, including through police-based enforcement of sweeping restrictions. Some have hoarded vaccines and other essential resourcesExternal link, limiting access to those who needed it in the Global South. Some states implemented sweeping new forms of digital surveillanceExternal link with little basis in science, infringing the right to privacy.

But all these human rights issues seem unfortunately far from the agenda of the pandemic treaty, in part because civil society has been sidelined. The World Health Organization has been characteristically and disappointingly timid in its engagement with human rights. For example, the Independent Panel on Pandemic Preparedness and Response’s (IPPPR) reportExternal link, which recommended developing a pandemic treaty, mentions the words “human rights” exactly once, and then only on the last page.

Any future treaty must be fundamentally grounded in and protective of the human rights of everyone – including its fiercest critics. Some examples illustrate the centrality of human rights to such a treaty.

First, the treaty should ensure that all healthcare information, services, and products (including vaccines) that are needed in a pandemic are available, accessible, acceptable, and of a high qualityExternal link. This is a legal obligation placed on states by a range of treaties, including  in terms of the International Covenant on Economic, Social, and Cultural RightsExternal link, which most countries are a party to. However, as we have seen during the Covid-19 pandemic, wealthier and poor countries alike failed to invest sufficiently in their public healthcare systems, thus ensuring the global spread of the virus, weakening of health systems, and contributing to millions of avoidable deaths.

Second, discrimination against criminalised, marginalised groups, and disadvantaged persons, including LGBTI persons, persons with disabilities, older persons, migrants, and indigenous peoples, to name a few, has worsened in the pandemicExternal link. Women have also born a disproportionate burden. The treaty should clearly prohibit all forms of discrimination – both on paper and in effect – and underscore, in particular, the need to promote gender equality.

Third, the treaty must secure protection of whistle-blowers, including health care workers, who report outbreaks, as well as for human rights defenders who opposed unjust state responses to Covid-19 under lockdowns or other restrictions.

Fourth, it must uphold workers’ rights, including rights of essential workers and health care workers. This is particularly critical given the widely acknowledged economic devastation wrought by Covid-19 and its impact on employment and jobsExternal link.

Civil society and community-based groups have played a crucial role during the pandemic, and their experiences should thus also inform the treaty drafting process. Community-led and other civil society organisations disseminatedExternal link information, testing, and personal protective equipment, and advocated for the rights of those most marginalised, including essential workers. Some groups provided food, essential medicines, and other social services that governments failed to. Crucially, they have frequently spoken out against grave human rights abuses that resulted from ill-conceived and anti-democratic state responses to the pandemic.

This is why the Alliance has called forExternal link the proposed pandemic treaty to be developed from the outset by a process that includes the full, equal, meaningful, and effective participation of civil society and community-led organisations. This can help to win the kind of public trust and momentum we really need to develop new approaches to global health that are grounded in fundamental human rights.

To date, our advocacy helped to spur the WHO Intergovernmental Negotiating BodyExternal link (INB) tasked with negotiating the treaty to hold public hearings in April and June. Unfortunately, these were superficial. In April, oral submissions were limited to two-minute statements, and written submissions strictly confined to 250 words (without even the possibility of providing links to further resources). How can we believe that consultation is effective when it is so limited, and there is no engagement from WHO member states with our submissions? Aside from a presumably similar exercise planned in June, the INB has announced no plans for wider consultation. The Alliance has therefore provided a set of clear recommendations to the INBExternal link to remedy its inadequately consultative drafting process.

To conclude, while we do not agree with those who aim to stop the treaty outright, they, like all other people across the world, have a right to participate in the debate about whether a treaty is necessary, and if so, what such a treaty should include. Ultimately, a treaty that actually promotes human rights and strengthens democracy is only possible if people across the world whose lives have and continue to be upended by Covid-19 have a voice in its development.